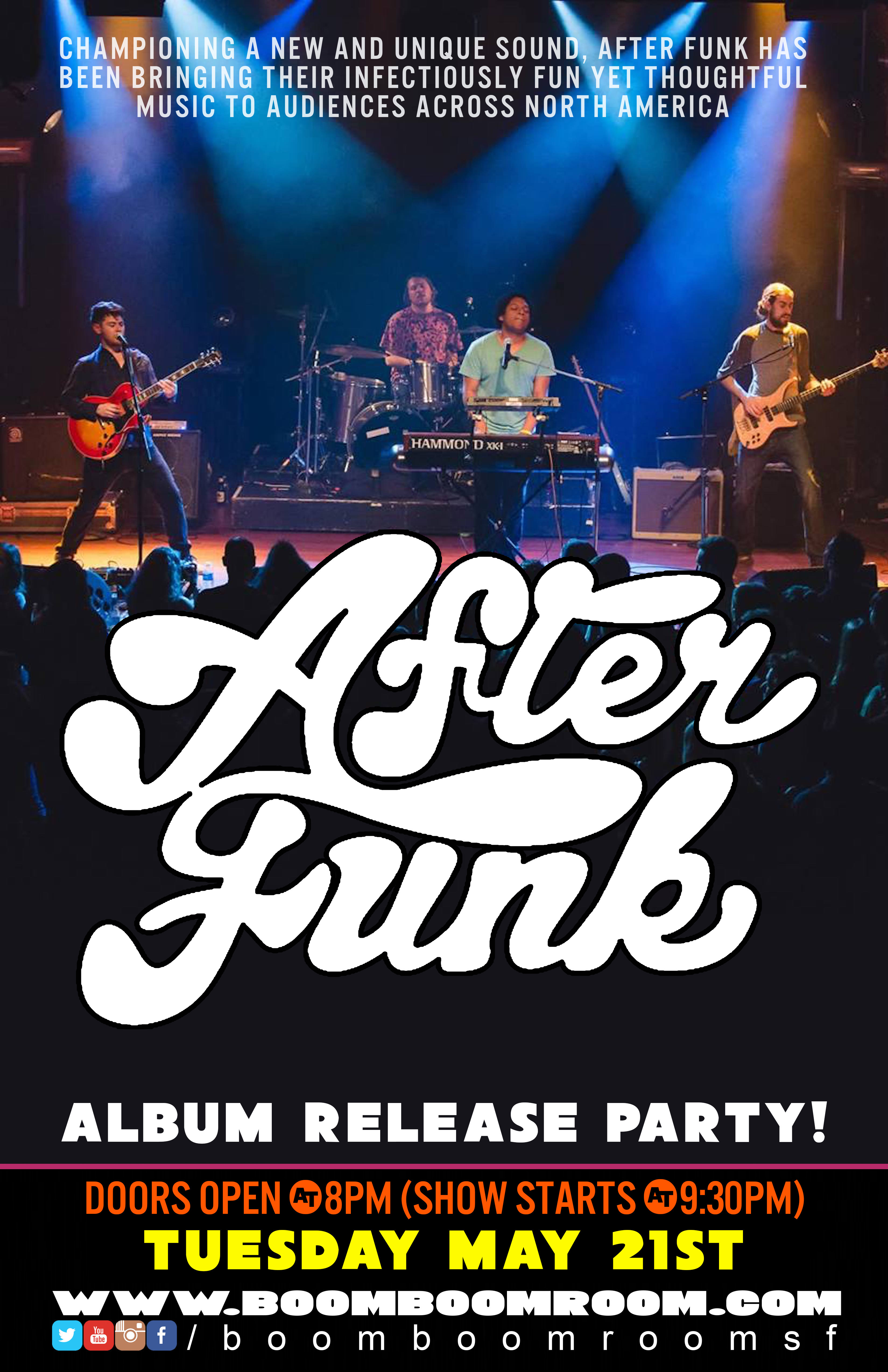 Direct from Toronto, ON, Canada for their debut show at BBR its Party Funk / Progressive Driven Soul sensation:

After Funk isa fun filled, soul driven, funk-rock explosion.
Hailed as “The grooviest band north of the border” (Live for Live Music), the Toronto based funk family have been blazing a trail through the North American music scene leaving only happy hearts and dancing feet in their wake. The combination of Yanick Allwood (keyboards & vocals), Jaime Rosenberg (drums), Justin Bontje (bass) and Phil Tessis (guitar) results in an infectiously fun show, as well as virtuosity and beauty that will challenge your musical mind. After Funk’s sound and hard work has not gone unnoticed; being selected as the Electric Forest’s Instrumental Forester in 2014 earned them two sets at the festival and they have served as support for Walk Off The Earth, Lettuce, Snarky Puppy, Dumpstaphunk, TAUK and more.

The band has released 2 albums to help you prepare for the experience: ‘Til The Sun Comes Up features Canadian hip hop legend Choclair and earned over $10,000 in crowdfunding presales and their self-titled debut EP was mixed and mastered by Alan Evans of Soulive. Both albums promise to have you rocking out and singing along to catchy melodies and funky grooves. But if you truly want to find out what comes after the funk, you’ll just have to come experience it for yourself.