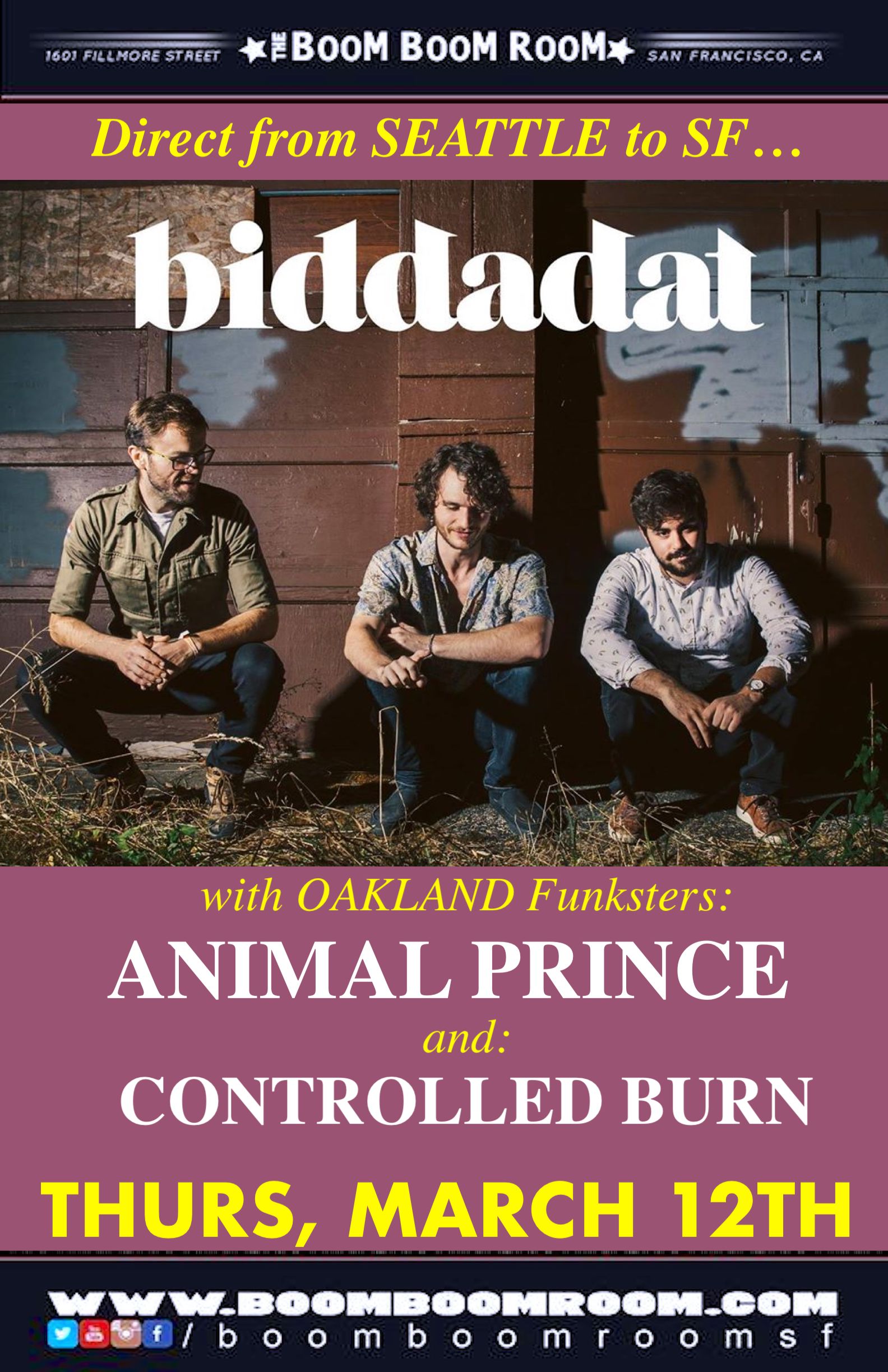 A NIGHT OF INSANELY GROOVY MUSIC from SEATTLE to SF…

Three happy-go-lucky boys, poking around on controllers, picking on strings, banging on drums: sounds like a little Biddadat. They are Seattle‘s essence of neo-funk, combining the nostalgia of funk and blues with contemporary rock and electronica. If their silly attitudes don’t make you comfortable enough to shake it on that floor, the tunes will certainly fuel those moves.

Animal Prince is an Oakland-based psych-pop duo that loves disco almost as much as dance, fashion, and the natural world. Their live performances have been called “ultra-sensory”, combining classical violin loops, power-pop vocals, lush synths, hybrid drum sets, and dance choreography. Animal Prince’s carefully crafted yet playful sound weaves a journey through fantastical worlds of their own imagination.