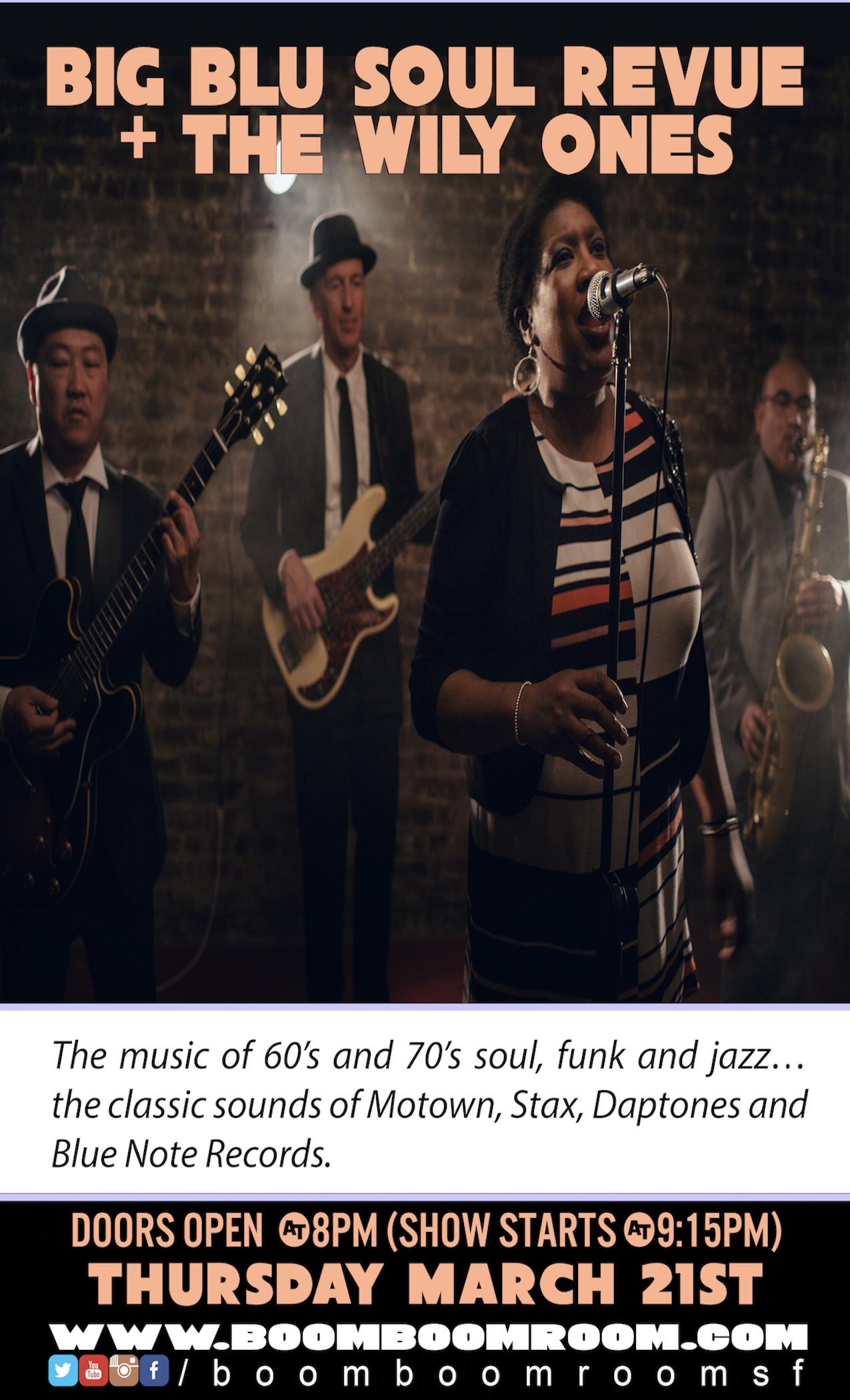 BIG BLU SOUL REVUE
…bring the soul of San Francisco to their music and live show. The band shares an extreme passion for the music of 60’s and 70’s soul, funk and jazz… the classic sounds of Motown, Stax, Daptones and Blue Note Records but with a fresh and original spin. Their fresh approach brings a wide array of infectious dance grooves to their high-energy live show. “Our ultimate goal is to connect with our audience, get you to feel the groove that makes you want to dance,” says band leader Jason Movrich.

Check out Big Blu Soul Revue on these sites:

The Wily Ones bring a collection of Brazilian jazz, funk, blues and more

Come join us for an evening of funky, groovy live music with Shena van Spronsen on vocals, Fabio Reis on drums, Ari Caprowon guitar, Simon Rochester on keys, and Eduardo Amado on bass.