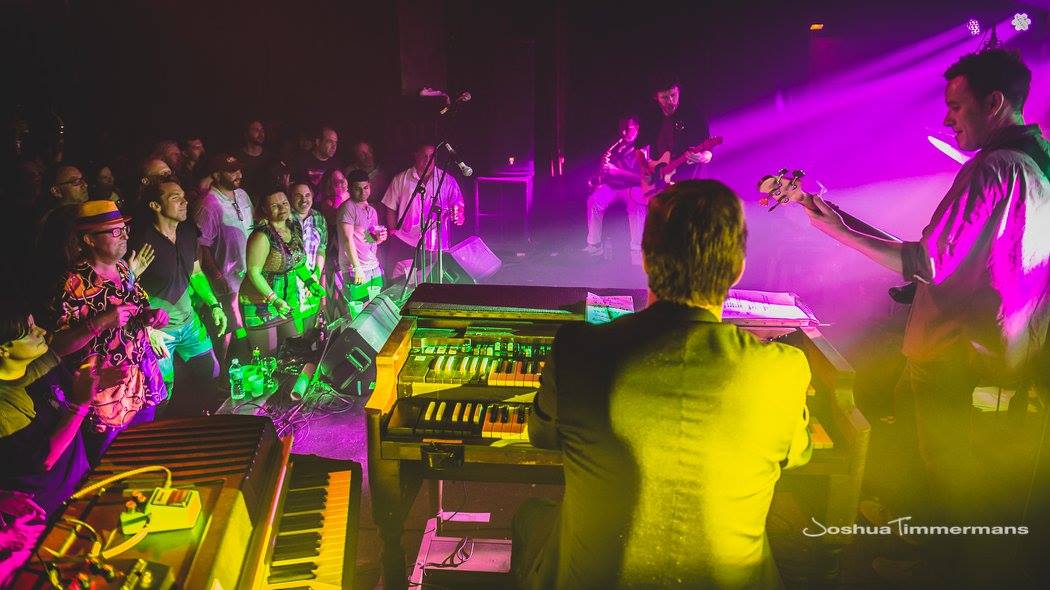 “THE BEST OF BOOGALOOIN AT JAZZFEST”

*** Join us on the premier video broadcast through facebook live ***

Do you remember your first Late Night Show in New Orleans for Jazzfest?

Was it on Frenchmen Street?

You were with us and we were together as a positive force.

Can you remember the constant roaring whisper of Nitrus Gas into birthday balloons emerging from that dark vacant lot on Frenchmen and chartres?  HaHaHa.

JOIN US and PLEASE HELP to spread the word.

Boom Boom Room Presents is asking y’all to donate to our campaign and help by telling everyone you know about the urgent call to action: that we can only continue to make magic happen with an emergency, concerted effort by everyone, everywhere, helping and donating and sharing our campaign.

Love is a four letter word.

The FREQUINOX is not just a band; it is a super group of musicians. Born of the concept that in combining members from the “best of the best” of the West-Coast’s Soul-Jazz Boogaloo bands with those of the “best of the best” from New Orleans to form a Super group so damn funky and exceptional that it would be the cause of an out-and-out, general freak-out for those that witness this sensational group!

This “supergroup” first performed as a night show during the New Orleans Jazz fest in 2003. Since then they have been playing annually during the Jazz Fest as well as selling out shows on the East Coast, West Coast, and all over Colorado. With all of the band members leading other groups it is hard to get this band all together. So when they do get together, it is something special.