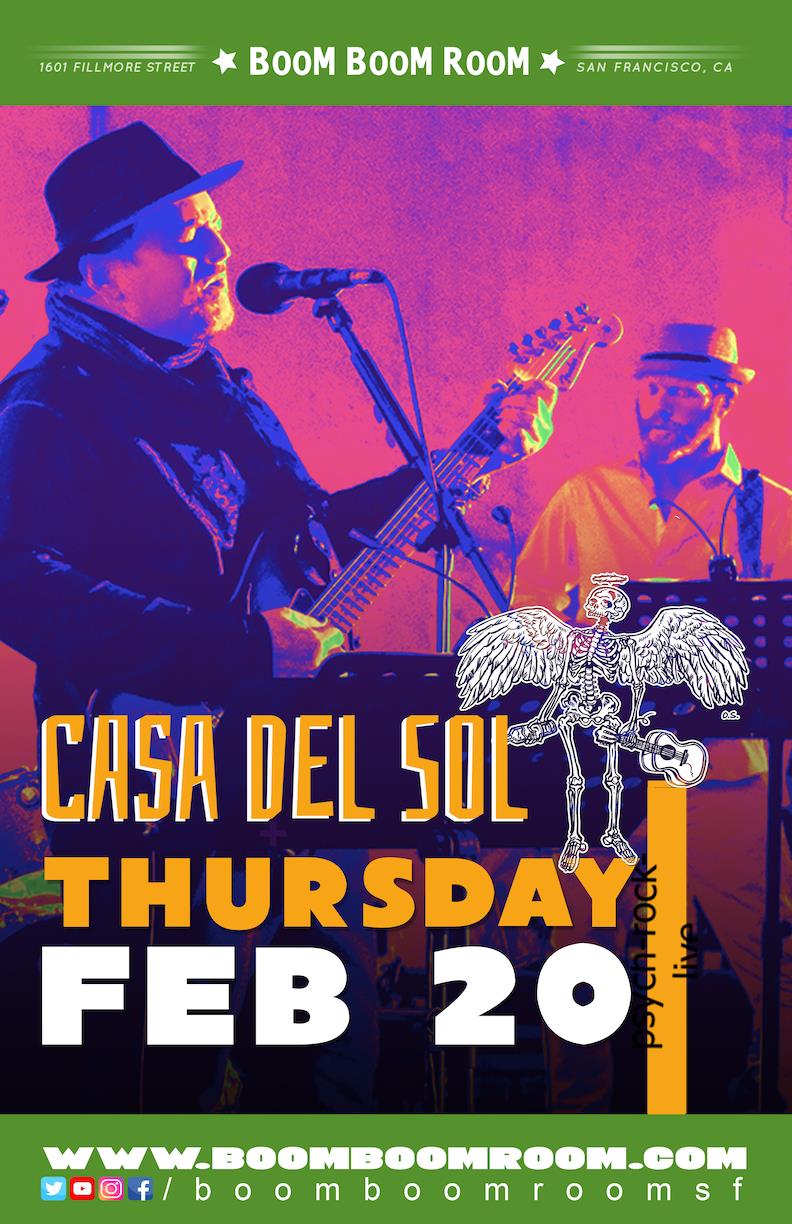 A DEBUT SHOW at BOOM BOOM ROOM with THE NEW SOUNDS OF….

Casa Del Sol is fresh from their triumphant debut concert in Oaxaca, Mexico where they performed “The Family Album”, a cycle of spiritual songs focusing on ancestry and human connectedness (in the tradition of Dia de los Muertos). Their songs, while lyrically moving, are also very intense, featuring lots of powerful interplay and improvisation between the musicians.

The band is very excited to play for their hometown audience (aka The Strange Angels). This show will be Casa Del Sol’s first at the Boom Boom Room… Don’t miss it!

Miller himself started playing music as a kid, learning about new bands from his dad. In high school, he took lessons at School of Rock, and met some of the future members of the Brother Nature. When he turned 16, Miller focused on his first band the Foolish Souls. In his senior year of high school — 2017 — Miller had formed Collin Miller & The Brother Nature.