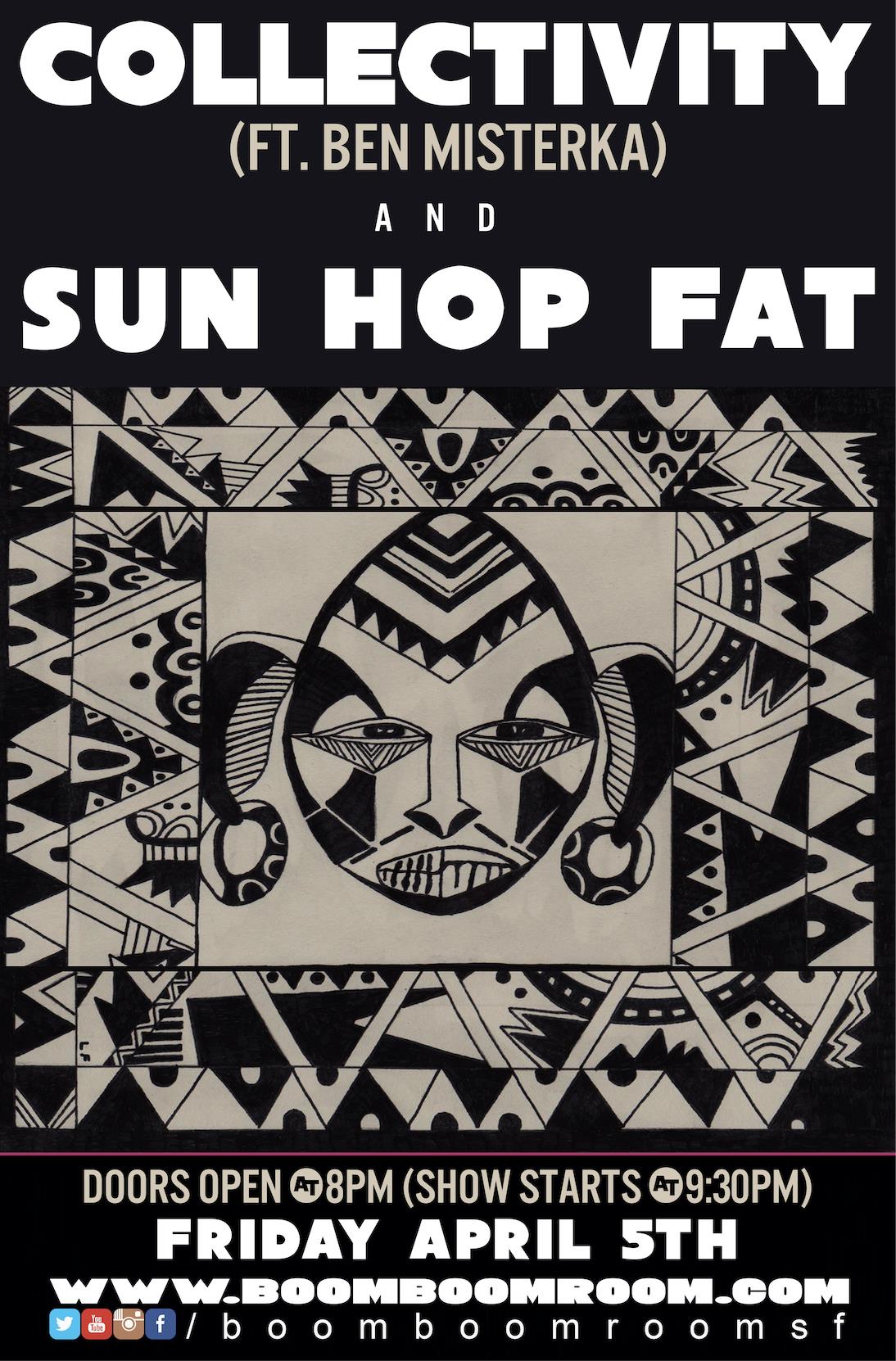 All star 7 piece, jazz/funk and psychedelic soul unit featuring some of the Bay Area’s finest musicians. With their high energy stage performances, this band has recently opened for Larry Graham at Shanghai Arena, performed in Mongolia at Ulanchabo Stadium, and has been turning heads touring throughout Asia and the States.

Freshly transplanted to San Francisco Bay Area from Shanghai, China and originally hailing from Virginia, Ben Misterka’s story is anything but ordinary.  Spending the past 6 years based in Shanghai, he is well known as a top call session and touring guitarist, regularly performing at arenas, major festivals, and intimate clubs alike, with leading pop artists, internationally renowned touring acts, and his original project “Collectivity”.  He is quickly turning heads and making an impact across California and beyond.
In 2017 Collectivity opened for Larry Graham at Shanghai Arena, performed at Ulanchabo World Music Festival in Mongolia, Headlined Candy Mountain Festival in Chengdu, and has recorded and produced a video album of original music. The first single to be released in March 2018.
Collectivity’s original music is a high energy, jazz-funk, psychedelic soul with a rock edge performed by world class musicians.  Carefully arranged and and uniquely written tunes with a jazz sensibility, ripping and soulful guitar solos, funky ass horn breaks, thick lush organ and synth tones, fat groovy low end, with a dirty pocket made for dancing while gettin yo mind right!
Misterka has toured through China, Japan, and the USA, playing with many acclaimed artists as a sideman, and his own groups.  He has performed and/or worked with; Alex Han, Morris Hayes, The Voice of China, Tia Ray, Glen David Andrews, Tan Wei Wei(谭维维), Leah Dou (窦靖童), Yu Quan (羽 泉), Anhayla, Kimberly Nichole, opened for Erykah Badu, Larry Graham, and many others.  He has studied with Wayne Krantz, Fred Hersch, and Doug Richards.

For years Sun Hop Fat has been at the forefront of introducing the unique sounds of Ethiopian Jazz. Their music blends the rhythms of traditional American funk and jazz with harmonies and melodies from East Africa. Originally the band focused on covering arrangements from the “golden era” of Ethiopian Jazz, but now their sound includes many original compositions. This all-star band includes standout musicians from other popular San Francisco Bay Area groups.

Sun Hop Fat has developed a solid following throughout Northern California by playing a number of clubs and festivals. The ability of the band to captivate sit down jazz crowds as well as steal the spotlight in prime festival slots, encouraging crowds to get up and dance, makes the group flexible in its appeal and garners support from diverse audiences.