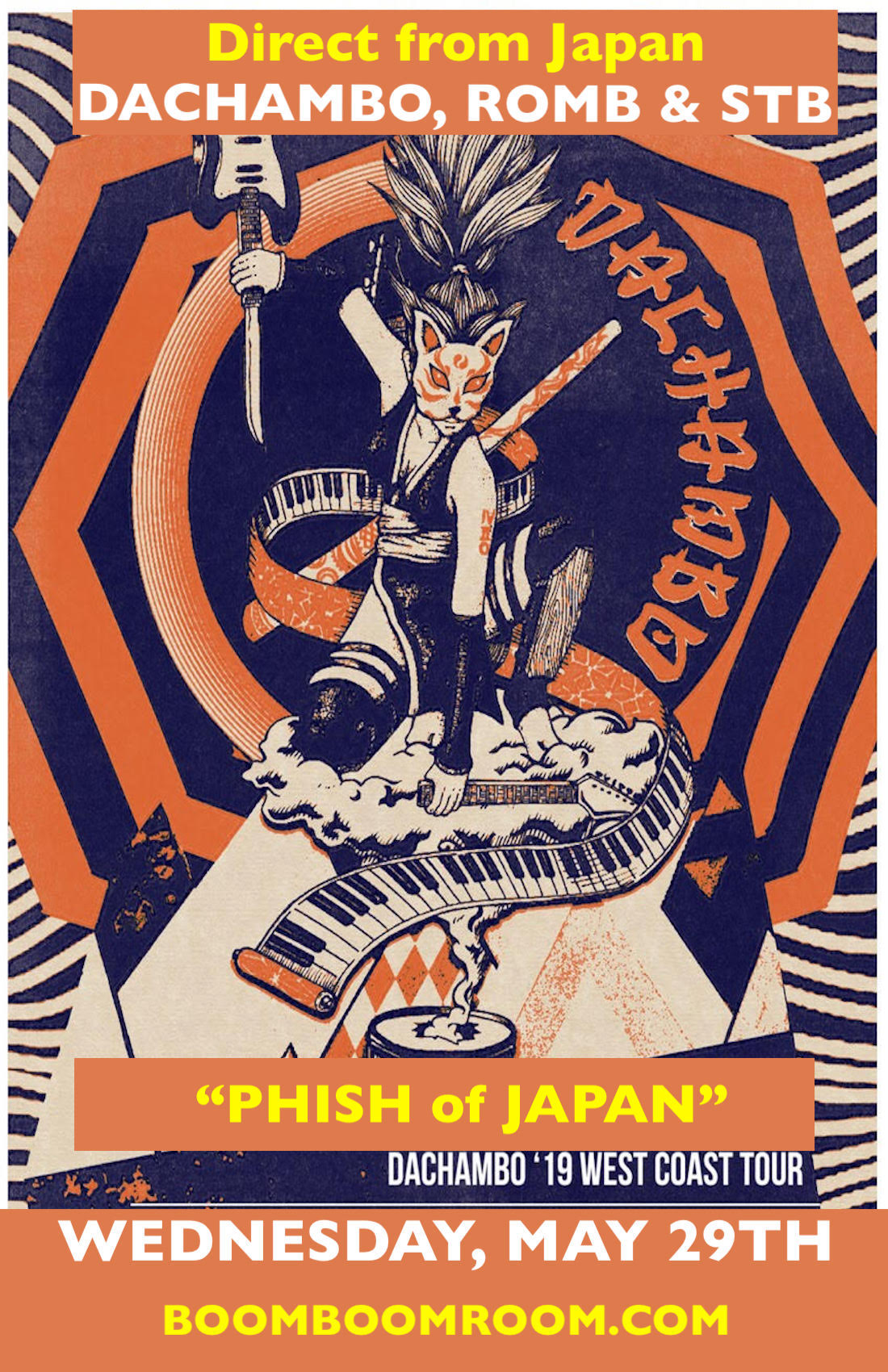 Get ready for a late night rager in the middle of the week!! Dachambo, “The Phish of Japan“ is ending their west coast tour at the boom boom room after stops in LA, San Diego and the Joshua Tree Music Festival! STB is bringing the loop awesomeness all the way from Japan also! Rafa has some awesome friends stopping by to jam and the night will end with a whole other band that we can’t announce just yet! This is huge, YUUUUUUUGEEEEEE even… Let’s FRIGGIN PARTY!

Dachambo:
Japanese supergroup Dachambo brings ecstatic grooves mixing psych rock, psy-trance, and funk to create the ultimate universal ho down, earning them the title of “The Phish from Japan”. This is their second visit to the US, after playing the main stage at Eclipse Festival in 2017 & Reverbia at Burning Man, they are now following it up with an appearance at Joshua Tree Music Fest and a West Coast tour in 2019. Come get down!

STB:
STB is a Japanese based producer/performer creating a fusion of gamelan, Indian ragas, and guitar looping.  A one man dance party!

Rafa’s One Man Band and Friends:
For the past 5 years Rafa’s One Man Band has become a fixture of the San Francisco nightlife. Live looping, combined with live instrumentation and vocals, and constantly changing setlists create a unique experience night in and night out. Mixing elements of funk, soul, afrobeat, reggae, and electronic music, Rafa and his Friends bring the groove to make you move, everytime!