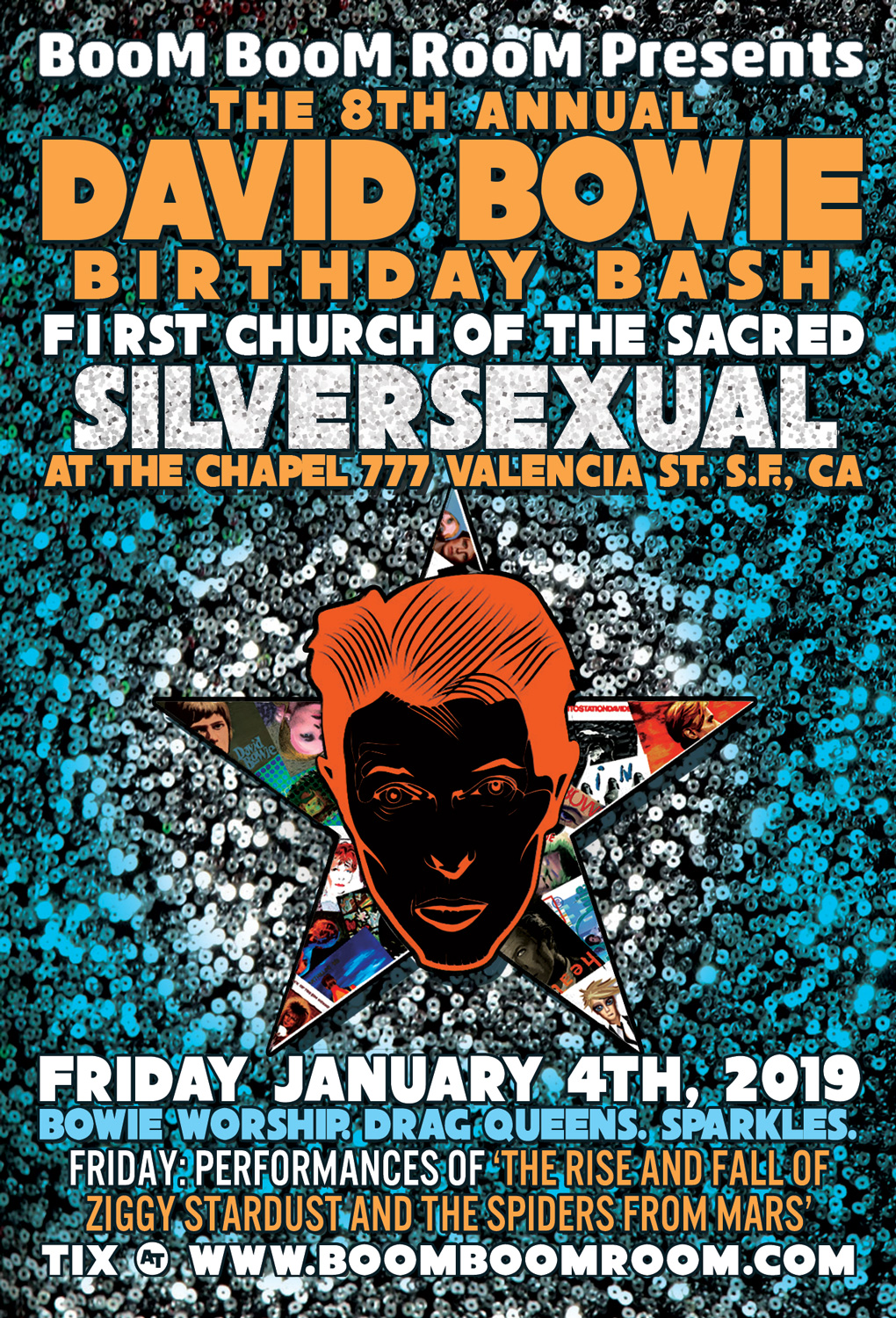 Friday, January 4th 2019
performing:  ‘The Rise and Fall of Ziggy Stardust and the Spiders from Mars’

Join together in celebration:
Reverent Father Lysol Tony-Romeo
and First Church of the Sacred Silversexual, San Francisco‘s
Bowie Birthday Bash!
It has been 3 years since His Bowieness forever abandoned corporeal form and became Pure Stardust. We honor his Legacy with a full weekend of Bowie Worship!

The world’s only Bowie Worship Band will be performing Two of His seminal albums:
FRIDAY:     The Rise and Fall of Ziggy Stardust and the Spiders from Mars

Front to back! Cover to cover, you might say. Plus a special encore set and midnight mass both nights!

But that’s not all! A proper religious tribute to Bowie wouldn’t be complete without a Big Spectacular Stage Show, and we’ve got that and more! We will be welcoming some of SF’s favorite drag queens and burlesque stars to the stage as the Spirit of Ziggy flows throughout the performance!