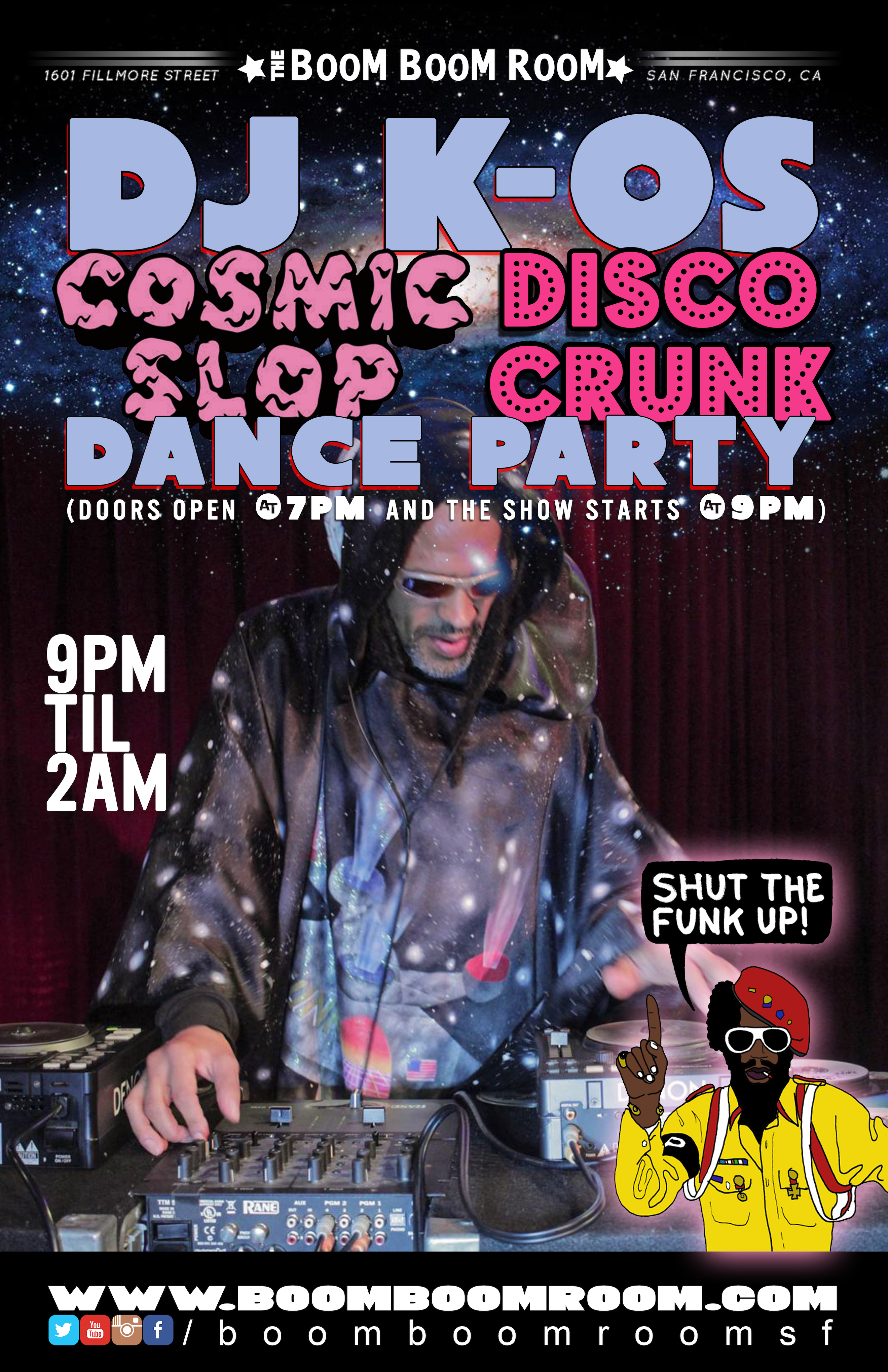 A Night of Cosmic Funk Disco brought to you by the former DJ Star of Digital Underground.
DJ K-OS is set to light up the Boom Boom Room on Thur Night.

His music collection of rare and eclectic Funk, Psychedelic, Rock, Punk, Reggae, Disco, New Wave, Jump Boogie, Hip Hop, Soul and Disco is so extensive and obscure and bad azz.  The mash-ups of layers of sound and genre into dance-charged epic creations all his own, makes DJ K-OS not only a taste maker, but a musicologist extraordinaire. This is gonna be Hot!