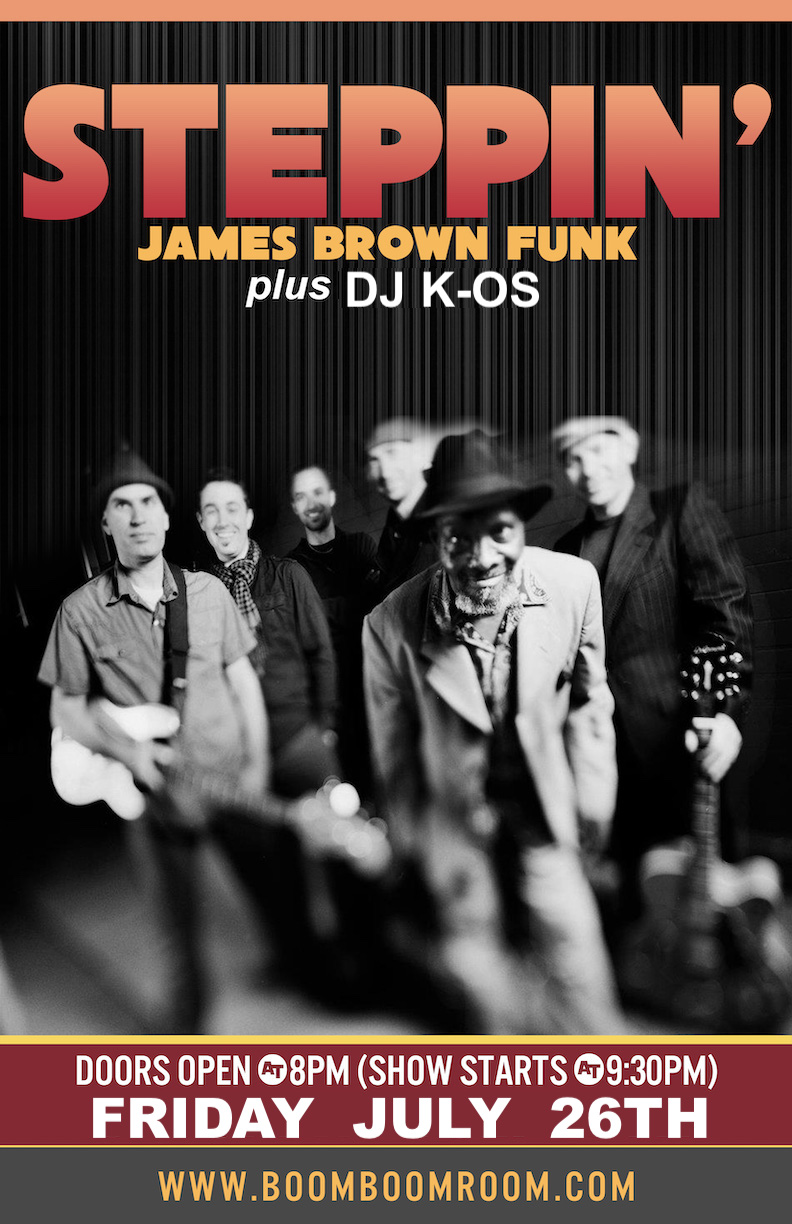 Come check out this super stacked lineup BBR has assembled!  Playing the soul and funk classics as well as some super deep Original Funk like you never heard. Come down, get sweaty on the dance floor shaking everything ya Mama gave ya. We’ll see you there. And share this with your people. Ya Dig? Sho Nuf! Funk funk funk and Awaaayyyyyy!!!!

An almost around the clock funk party at The Boom Boom Room in San Francisco featuring a stellar line up of star musicians together from Bay Area headliner bands to Funk it up and Shake It Up!

DANIEL CASARES
(Sax/ Vocals – New Mastersounds, Atta Kid)
Daniel Casares is Bay Area saxophonist. He is aco-founder and vocalist for the East Bay funk and New Orleans jazz band, Atta Kid. He has toured with The New Mastersounds, a jazz funk band from Leeds, United Kingdom, as part of their live horn section.

VICTOR LITTLE
(Bass – Booker T, Robert Walter’s 20th Congress)
VICTOR LITTLE is a true Master of the Groove!
His genius of innovation and technique, diversity of styles, genre-blending and bending into exceptional and electrifying new music, has put a hot spotlight on Victor Little across the globe.   His talent has been described as “the most ‘under-the-radar’ musician ‘greats’ of our time” – Until now.  Victor Little is on international music radar.  Highly regarded worldwide by so many peers, musicians, producers, music listeners “in the know” and a huge and ever growing fanbase, Victor Little is a big hit star!

WIL BLADES
(Hammond B3 Organ – Dr.Lonnie Smith, Switch Hitters)
No less a jazz organ authority than the legendary Dr. LonnieSmith has called Wil Blades “the future,” anointing him the heir apparent to“carry on the legend [and] the legacy of the organ, of the B-3.” Over thepast fifteen years, Blades has grown to be one of the most in-demand organplayers on the Bay Area scene. In addition to leading his own trio, he worksregularly in duo situations with drummers Billy Martin (Medeski Martin andWood) and Scott Amendola (Nels Cline Singers); and in trios led by guitaristWill Bernard and drummer Stanton Moore. He’s performed and recorded with a hostof jazz and blues greats including Melvin Sparks, Idris Muhammad, Joe LouisWalker, Don Braden, Donald Harrison, Nicholas Payton, Karl Denson, CharlieHunter, Jason Marsalis, Herlin Riley, and many others.

JOE BAGALE
(Drums/Vocals – Atta Kid)
Joe Bagale manifests a lesson in versatility and growing perspective. A polished multi-instrumentalist/producer bridging multiple styles and sentiments, his sound is fresh but tangibly rooted in nostalgia. His contribution to music hinges on his remarkable accessibility, and is a key component in his long term success as a teacher. Not only a master of his tools, Bagale also delivers an undeniable dose of genuine soul. It’s in this delicate, critical balance of proportions that Joe renders both his own music, and other artists’ memorable.

Though born in upstate New York, it’s Joe’s tenure in San Francisco that has produced three albums under his name; a self-titled release in 2008, 2013’s “Yesterday Once Again,” and 2014’s “Movies,” available for free exclusively through the YouTube audio library. The first two albums feature Joe’s songwriting accompanied by his vocals, but on “Movies” Joe features his skills as an instrumentalist only. Following the success of his music on “Movies,” Joe was commissioned by YouTube to write and record 30 new tracks to be available in the YouTube audio library, which was the beginning of a new project he calls Otis McDonald. Playing all the instruments, writing, producing, mixing, and mastering 30 songs in a 3 month period, it proves to be his funkiest and most interesting music to date.