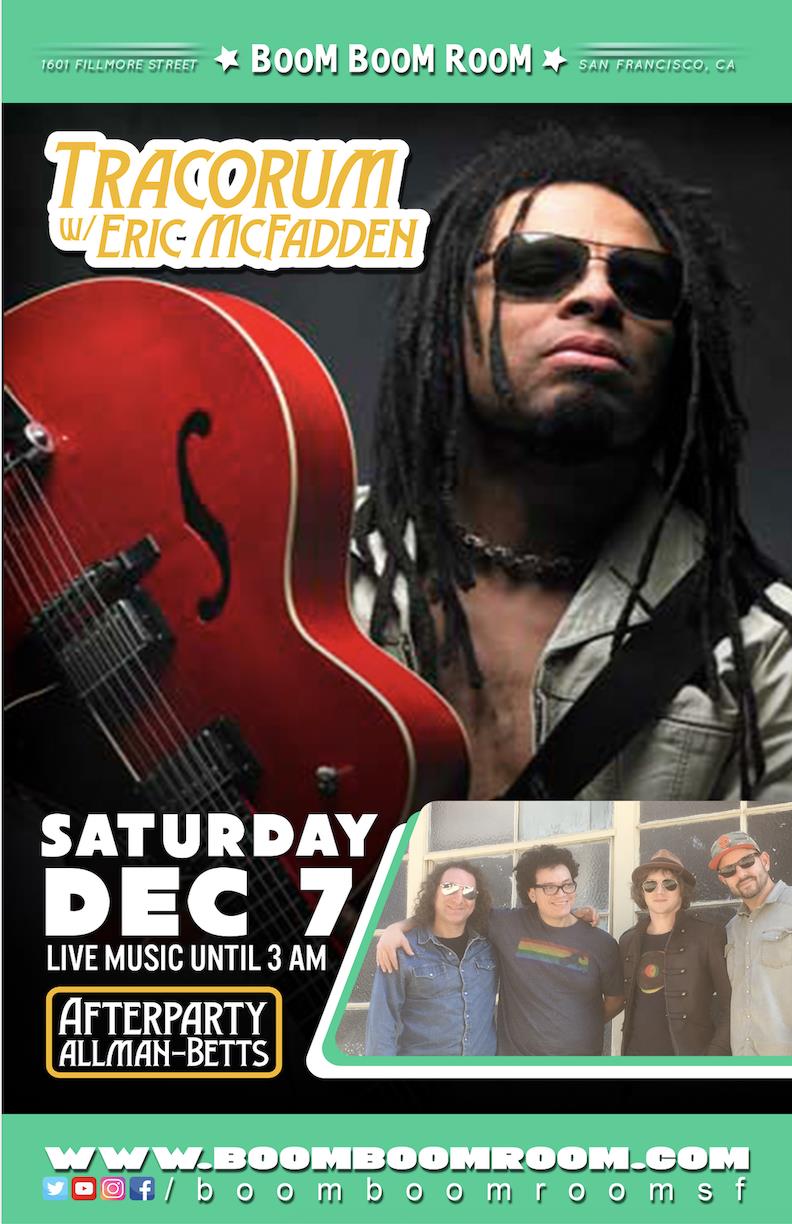 and:
* MANY SPECIAL GUEST STAR MUSICIANS *
(after Allman Betts at Fillmore)

” Sometimes we listen to music without really hearing it. However, when we’re ready to open up and experience a thing as it truly is, well, it can feel like a baptism. What they do is rock ‘n’ roll but done so fundamentally right it makes you want to kiss them when they power down their instruments. This night, as the festival raged like we’d never seen before on a Sunday eve, Tracorum embodied our collective high spirits and unspoken ache at this experience coming to a close and put those elements to work in some of the best boogie-minded, straight-great rock heard all weekend. Comparisons to The Band and studio aces The Wrecking Crew flitted through my brain as I danced to the heart of this fleeting makeshift town next to my loose-limbed sisters and brothers. Every aspect was right on the money and every man showed himself a massive talent on their respective instruments, pouring soul into every note, their conviction becoming our own.” – Dennis Cook, Jambase

Guitar Player magazine wrote, “If San Francisco is home to anyone approaching the abilities of a modern Hendrix, it’s Eric McFadden…”

“McFadden is a master of guitar and mandolin, a 25 year veteran who waltzes the dark, eerie corridors between Jimi Hendrix and Django Reinhardt…” ( Jonathan Zwickel – San Francisco Bay Guardian

“…McFadden is a six string virtuoso. His command of so many genres- is accentuated with meticulously crafted songs. There’s the poppy twist on traditional psychadelia. Poetic yet sinisterly distorted punk. Rowdy rockabilly. Dark, foreboding grunge. His melodies hinge on seriously catchy choruses that resonate thanks to a crunchy baritone reminiscent of Tom Waits or the late Mark Sandman of Morphine…” (The Denver Post)