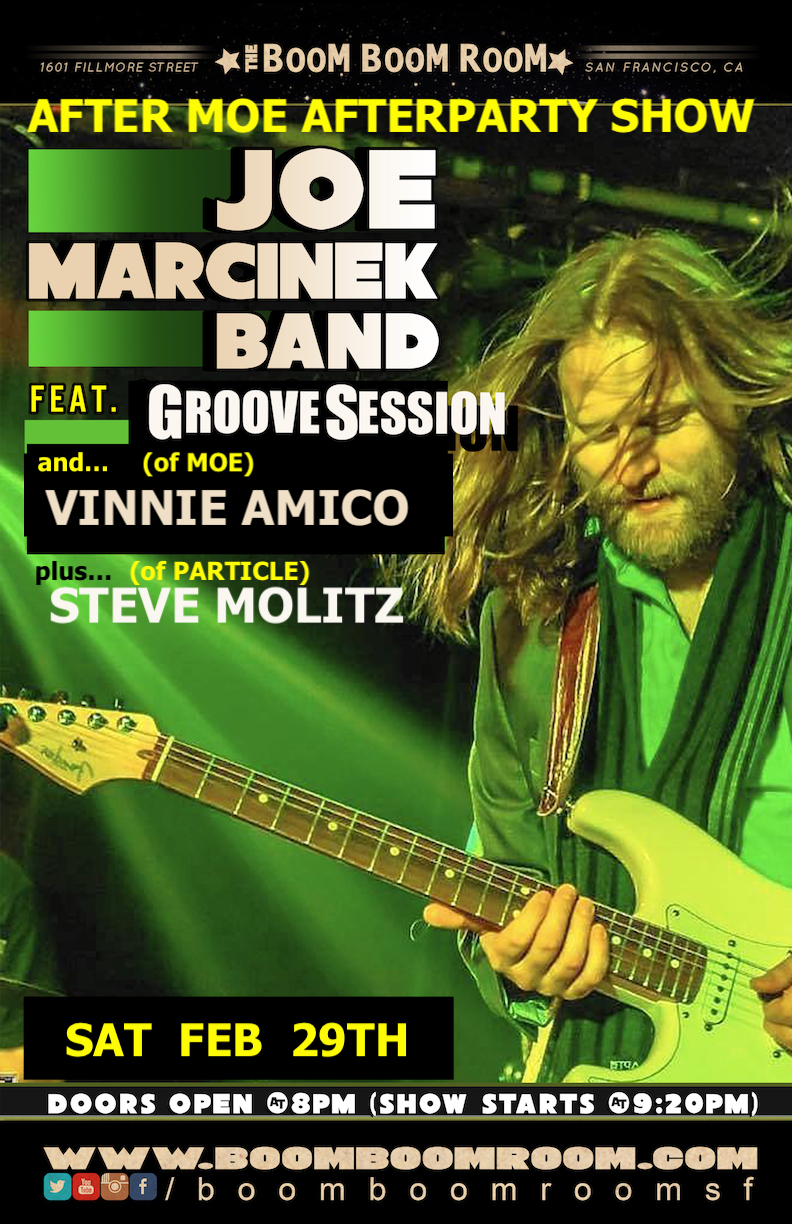 GrooveSession is teaming up with Joe Marcinek of the Joe Marcinek Band and Vinnie Amico of Moe along with Steve Molitz of Particle and special guests for what promises to be a jam filled funky good time. Join us at the Boom Boom Room in San Francisco Saturday February 29th

GROOVESESSION is a happening.
Led by an inspirational and talented singing drummer for the ages, Manny Sanchez, along with his younger brother Ronnie Sanchez playing bass guitar and completing an unrivaled rhythm section. Natural harmonies in life as well as voice these brothers began their musical journey while in grade school excelling in sports and after the two studied at the Musicians Institute in LA. Distinctively one of today’s musical artists with a sound of their own, a fun message of hope and a simple vision of love for the world. Uniquely reminiscent of some of history’s greatest writing teams performing songs that would have been relevant twenty years ago and twenty years from now. Never taking themselves too seriously The Brothers Sanchez has an appreciation for all things honest and brings positive energy, musical content and a spirit that resides in all people. Enjoy the ride! This completely do-it-yourself outfit has been booking, writing for 14 years while touring and playing across the USA for the past 10 years. This is a must see live band! Catch a session…“This is a ‘coming of age’ of a great band who have ‘earned their stripes’ the ol’ fashion way, touring and bringing their music and amazing talent to the people. Now, the new album by GrooveSession speaks the truth about love, life, and living the good times!” John Avila, Musician/Producer