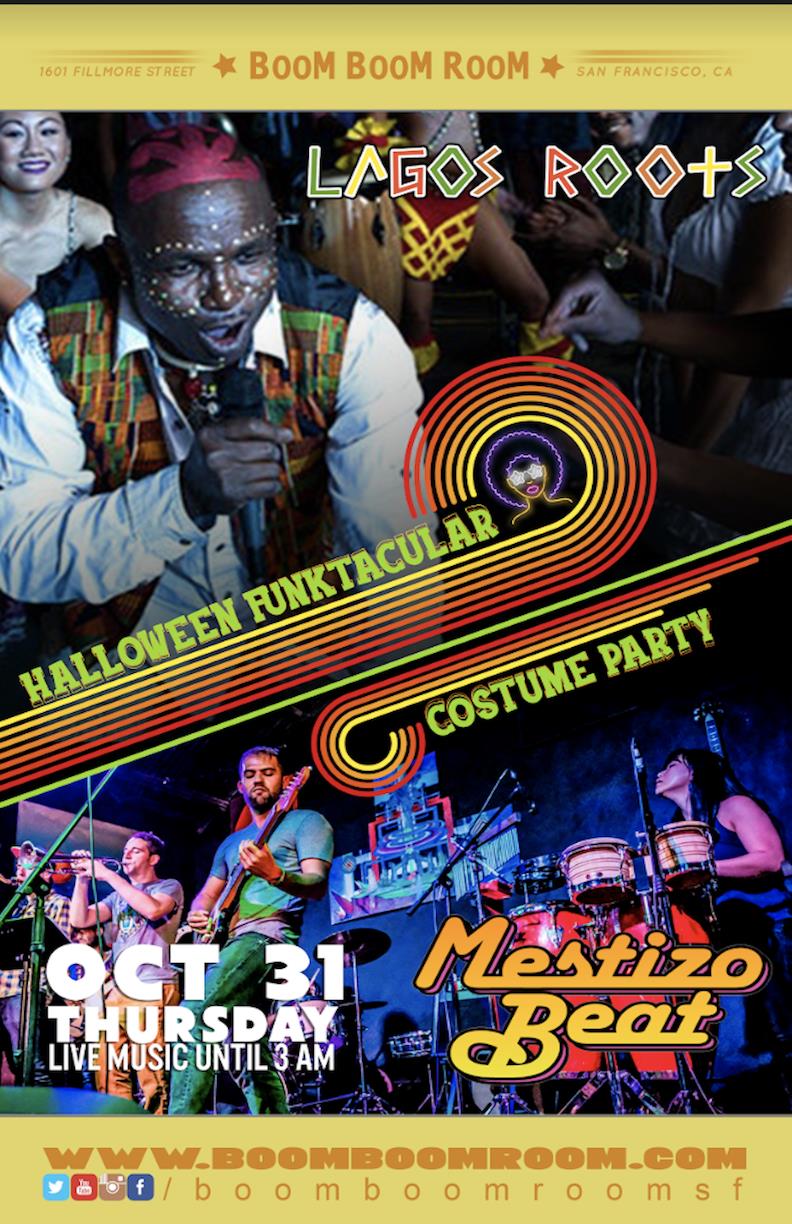 What do you get when you put together world-class musicians with resumesthat include playing/recording in such historic and seminal Nigerian afrobeatand highlife acts as Fela Anikulapo Kuti and Afrika 70, Sonny Okosun, KoolaLobitos, and Segun Bucknor, among others? You get Lagos Roots!

Each member of Lagos Roots is a seasoned artist with reputations worthyof individual praise. And together, they are receiving it, capturing the heartsof world music and funky breakbeat lovers with their ability to draw out anauthentic and infectious afrobeat sound.

Recalling some of the artists with whom members of Lagos Roots haverecorded or shared the stage, reads like a “who’s who” in music: BobMarley & The Wailers, Paul McCartney & Wings, Jimmy Cliff, Ginger Bakerof Cream, Peter Tosh, Toots & the Maytals, Eddy Grant, and many more.

Emerging from a long held dream to put together a band containingoriginal master musicians and members of a new generation of afrobeatmusicians, Lagos Roots Afrobeat Ensemble represents an important step in theevolution of the style of Nigerian afrobeat once imagined by Fela Kuti &the Afrika 70.