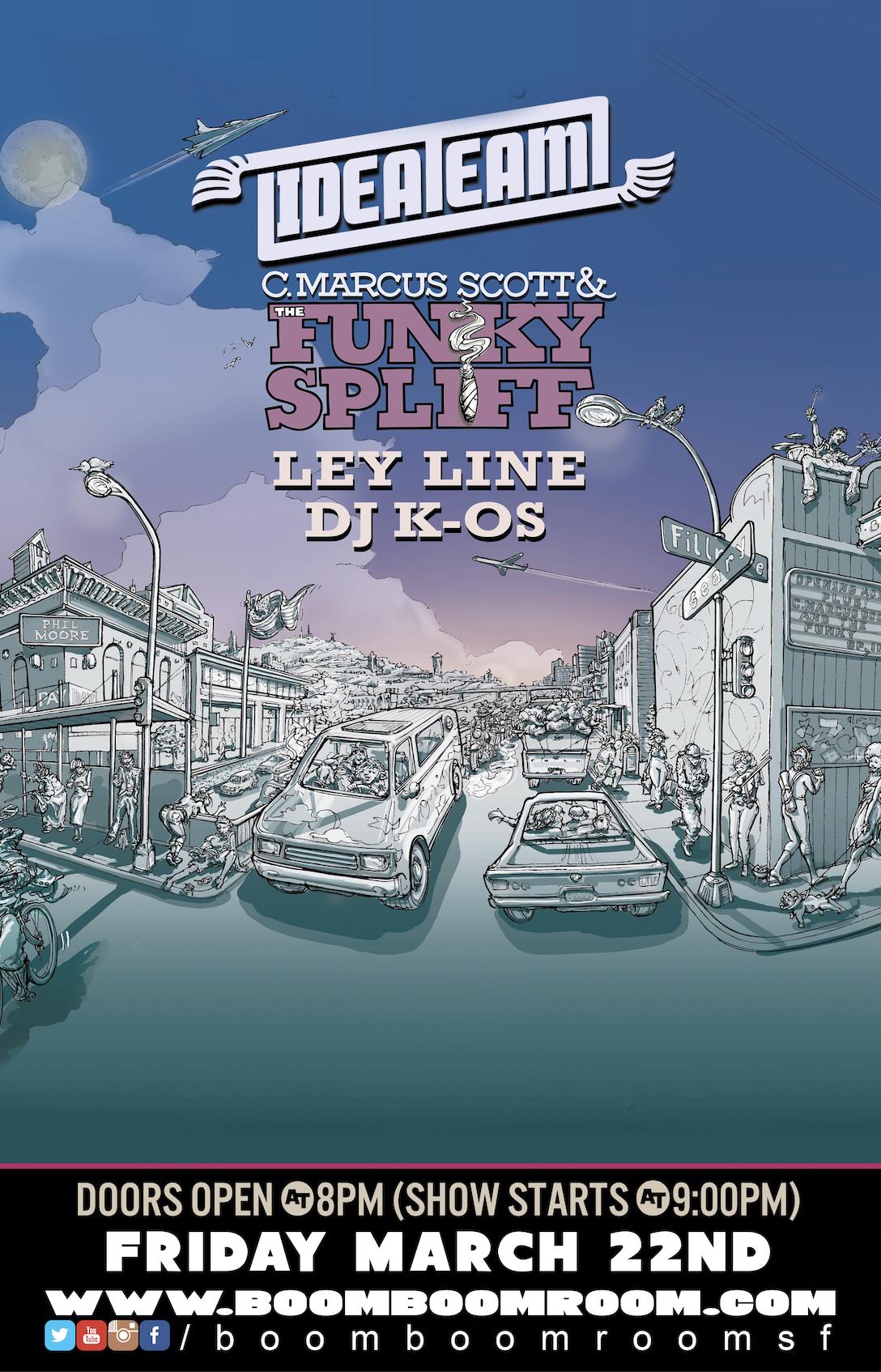 IDEATEAM
IDEATEAM is a hefty chunk of soul funk. They dare you not to sway, as brass melodies swirl with guitar rhythms, with a deep pocket thump that is stronger than a 6 am cocktail. With a vibrant percussion element, Ideateam brings an onslaught of grooves, exploring both instrumental and vocal arrangements, sure to make you turn to your friend and say, “Hot damn, I can’t believe I never saw this band before!”

Ideateam is a 9-piece ensemble driven to fuse many influences together in afresh way. Loaded with two guitars, bass, drums, percussion, brass section, and soulful vocals, the group explores the corridors of groove while flipping through styles like a deck of cards, flowing in and around various genres, noticeably leaning on the funk. They brings sounds old and new, blended with a few drops of extraterrestrial soundscapes – presented by a group of people who simply love to play music. Ideateam has shared the stage with several festival/ tour circuit favorites (Orgone, Polyrhythmics, Kyle Hollingsworth Band, Monophonics, Rubblebucket, Scott Pemberton Band...) and has been honored to open for legends such as Bernard Purdie and The Headhunters. Their latest album hit with huge acclaim in 2018. The group seeks to continue evolving the live music experience they are quickly becoming known for, and further cultivating a positive connection with people through music.

“Transcending language and genre, the ladies of Ley Line create a sound that is grounded and truly unique, not to mention beautiful.” — CBS

Ley Line is a multilingual folk and soul band from Austin, Texas, influenced by music from North and South America.