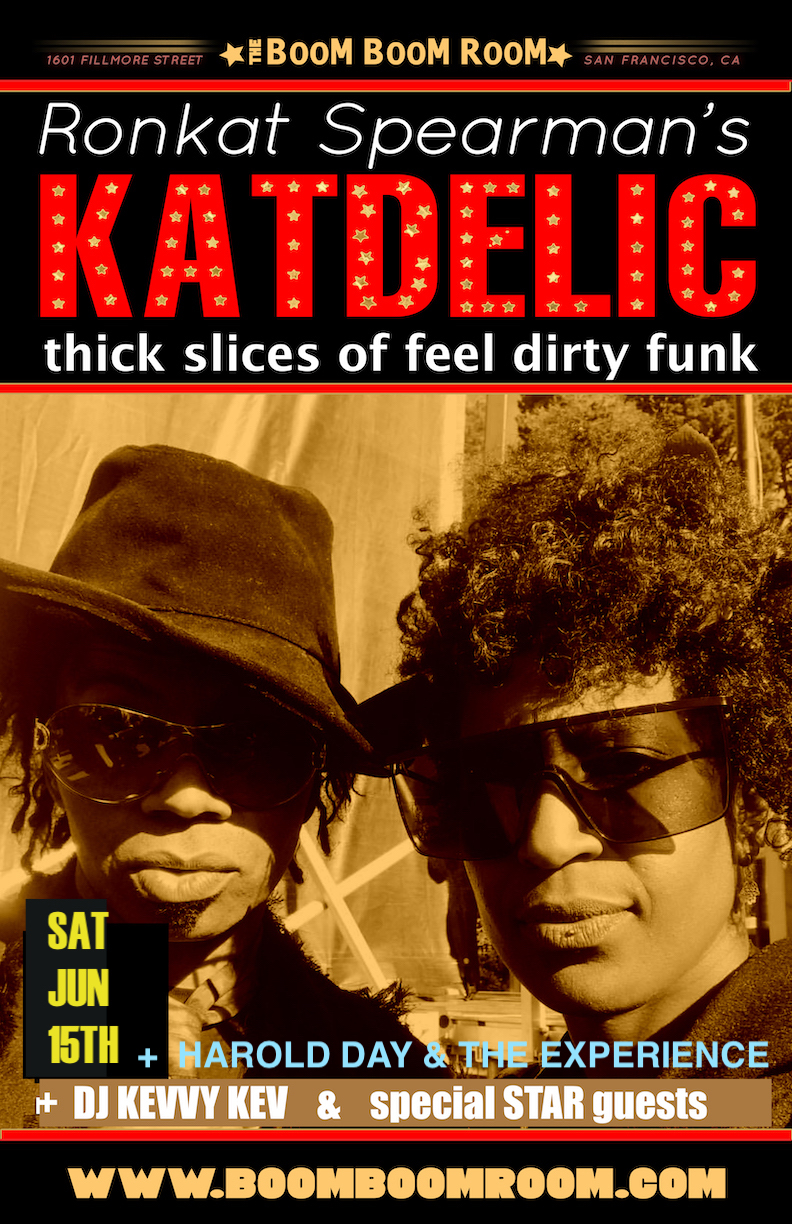 plus:
* HAROLD DAY AND THE EXPERIENCE *

Jimi Hendrix …rock guitar legend, who excited audiences with his innovation, truly left his mark on the world of rock music.
There will never be another Jimi Hendrix, but Harold Day and the Experience pays homage and tribute to the man and his music in legit live performances.
This power trio that consists of: Kidd Funk on bass andvocals, Tony Two Times, on drums and vocals, and Harold Day, on guitar and lead vocals. Together, they give you thesounds of the Experience, and the Band Of Gypsys, with a little flavor all their own.
Whether you are a Jimi Hendrix fan or not, this show is rockin!
Harold Day and the Experience will be doinga special tribute to Jimi Hendrix …opening up the show for RonKat Spearman and Katdelic, members from Parliament/ Funkadelic. Katdelic won the Best Band of the Bay award in 2016 and 2017 & 2019. Come and join us for an evening of Jimi and Pfunk.