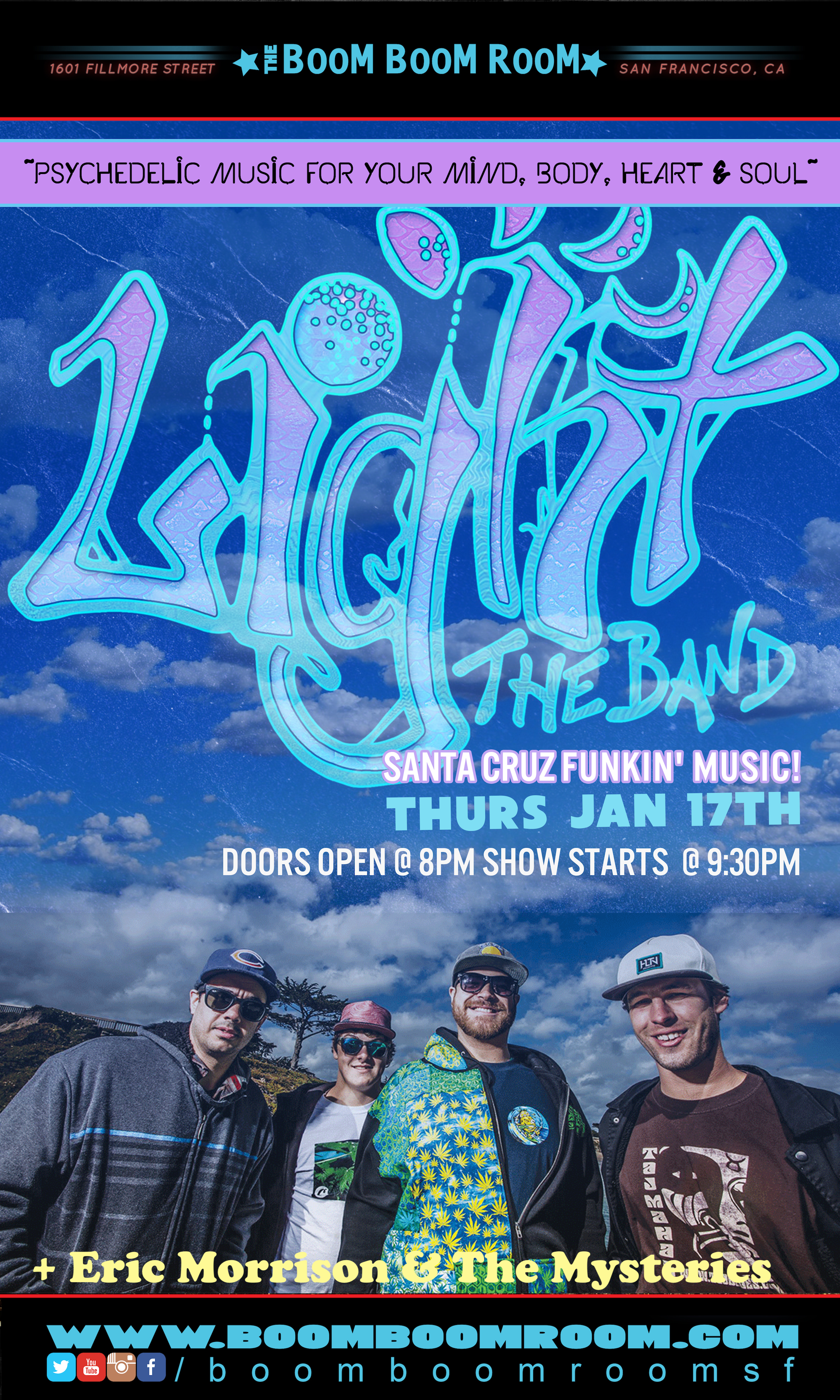 plus:
* ERIC MORRISON & THE MYSTERIES *

LIGHT THE BAND
The roots of Light the Band’s music come from a series of jam sessions between drummer Logan Tyler & guitarist Dan Guzman in the fall of 2011. Intense, loud, powerful, frantic.  The duo would loop samples while Logan played drums and Dan solo’d.  The chemistry was other worldly, but due to work obligations, Logan moved to Monterey in 2012.   Logan ran into Dan at a 7 Come 11 show about a year later, and the 2 re-kindled their music flames, returning to Santa Cruz Rehearsal Studios where they first made vibrations…. The duo quickly sought out Santa Cruz bass legend James Tashnick, and the first version of Light the Band was formed.

ERIC MORRISON & THE MYSTERIES
“Enjoy the mystery,” Eric Morrison’s bio ominously states. The local musician isn’t quite so ambiguous when he straps on a guitar and sings his heart out. He and his backing band have become one of the most talented American roots rock acts in Santa Cruz. Americana Soul, they call it, which is a fancy way of saying that there’s a little bit of blues, some swamp rock, some country influences, and a healthy heaping of R&B. AC

Eric Morrison & The Mysteries are an original Santa Cruz professional, recording and touring Medicinal Jam band with Eric Morrison’s soulful vocals at the helm. EM&M has just released there debut album, “No Wolves” and are playing and touring in its support.