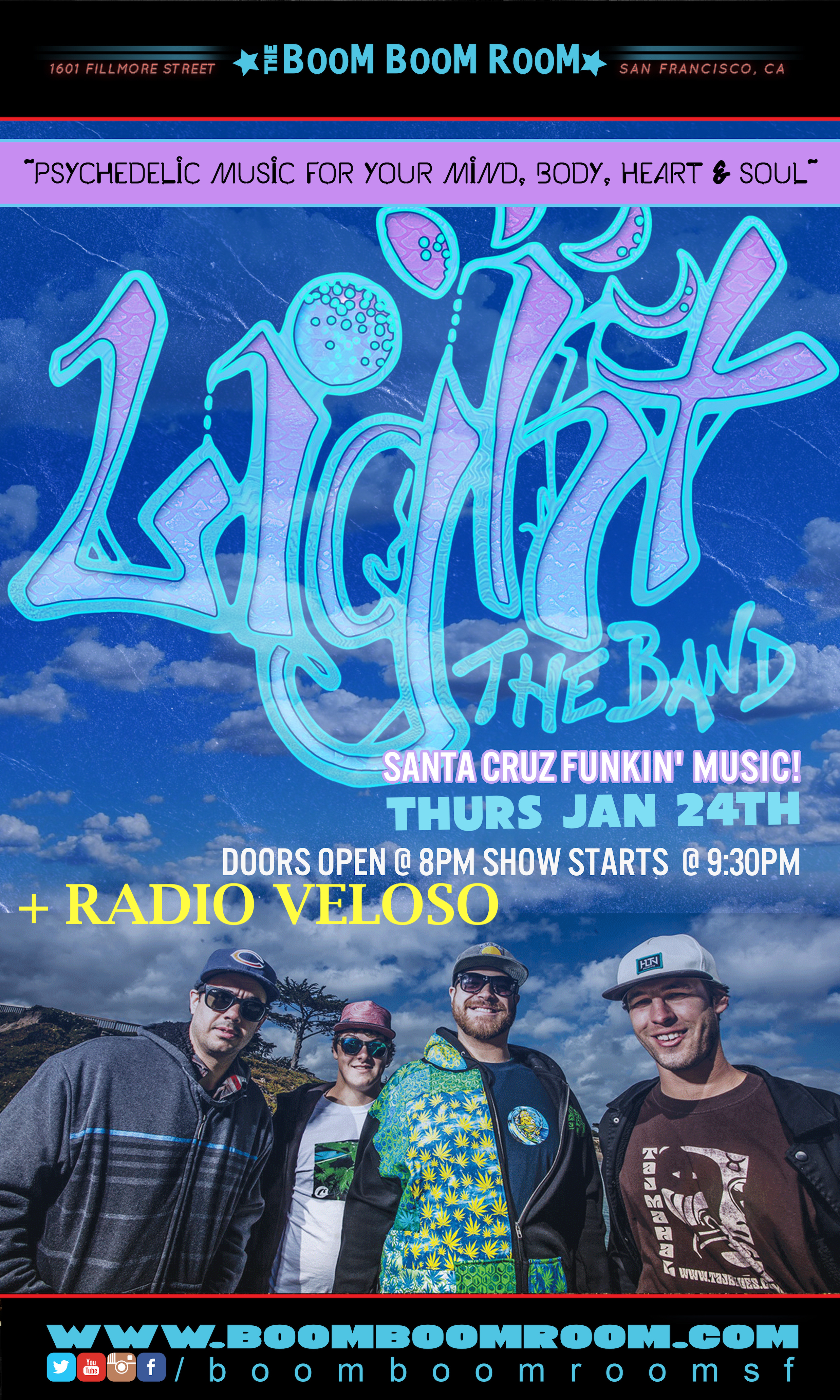 LIGHT THE BAND
The roots of Light the Band’s music come from a series of jam sessions between drummer Logan Tyler & guitarist Dan Guzman in the fall of 2011. Intense, loud, powerful, frantic.  The duo would loop samples while Logan played drums and Dan solo’d.  The chemistry was other worldly, but due to work obligations, Logan moved to Monterey in 2012.   Logan ran into Dan at a 7 Come 11 show about a year later, and the 2 re-kindled their music flames, returning to Santa Cruz Rehearsal Studios where they first made vibrations…. The duo quickly sought out Santa Cruz bass legend James Tashnick, and the first version of Light the Band was formed.