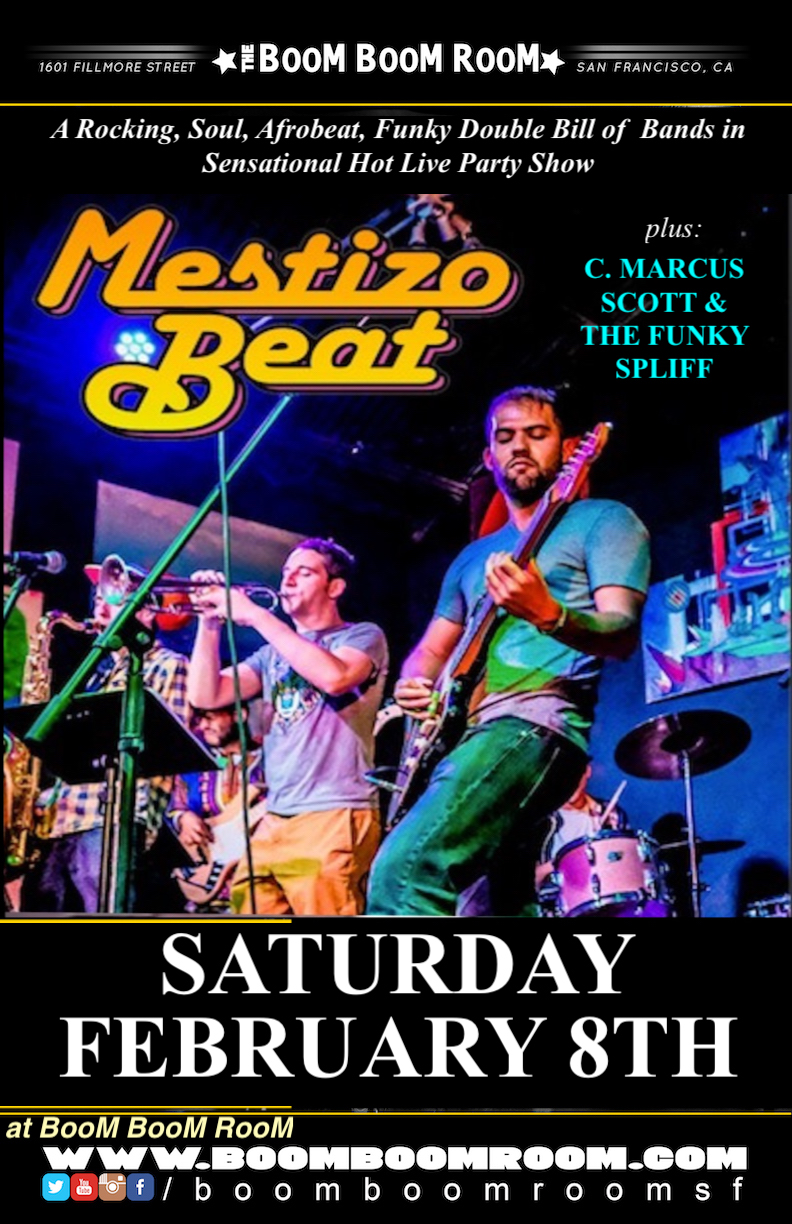 The incredibly hot, boogaloo, Los Angeles-based band blending the styles of afrobeat, afro-Cuban, funk, and R&B *MESTIZO BEAT* along with the Bay Area’s own Funk, Soul, Rockin Phenom Band in full throttle and kicking off the night… C. MARCUS SCOTT and THE FUNKY SPLIFF

Don’t even think of missing this all night party at BooM BooM RooM!