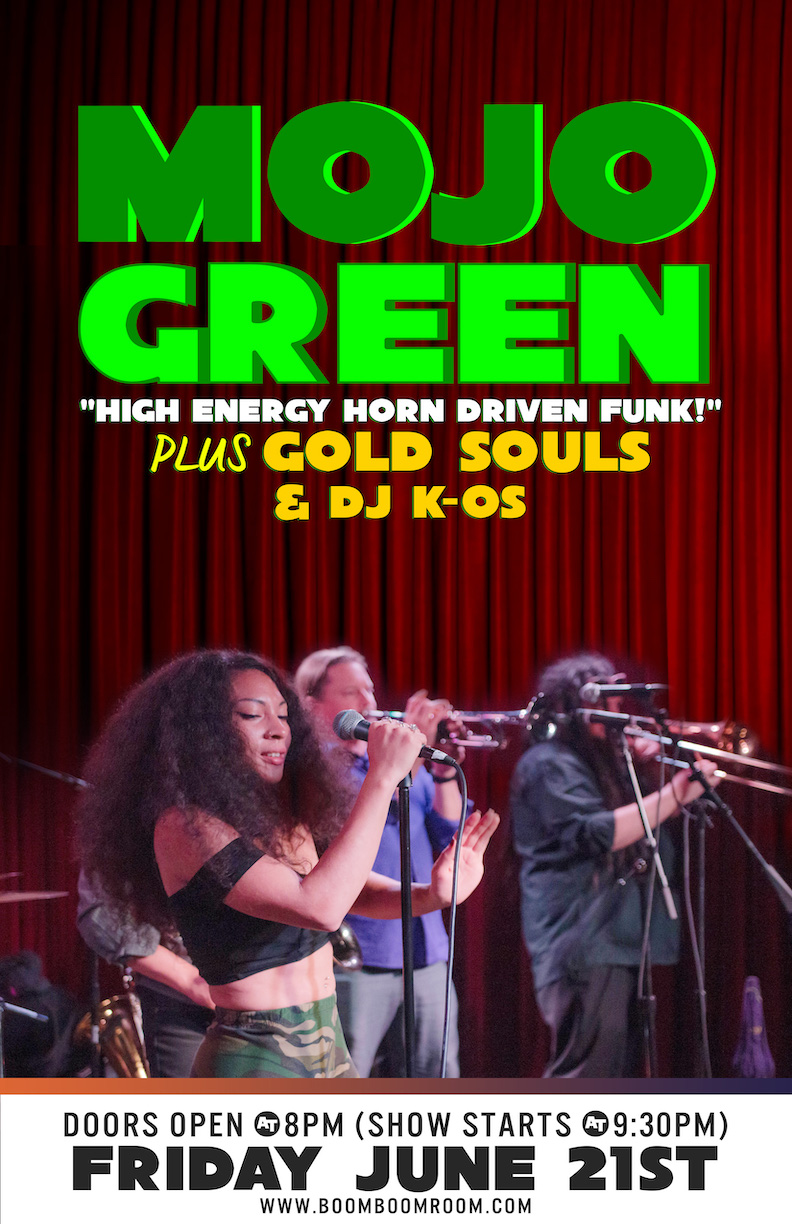 “We loved hosting them- and the audience loved them too.” – Justin Crellin (Mateel Summer Arts & Music Fest)
“Mojo Green delivered the goods. I had so many people tell me how much they loved their set.” – Jason Gallagher (Spookadelic Funktaculuar @ Ashland Armory)
“Yeah man, crowd loved them! Super great vibe.”  – Brian Richards (Mountain Town Music Series- Park City)
“Awesome show and Mojo killed it! They are a great band.” – John Edwards (Sandpoint Summerfest)
plus:
* THE GOLD SOULS *
The Gold Souls are bringing the driving grooves of funk, the rich textures of soul, and the compelling storytelling of the blues to the Northern California scene and beyond. Drawing from a variety of influences and experiences, they deliver captivating lyrics and fresh arrangements over a vintage sound.Led by the dynamic Juniper Waller, the group is made up of young talent hailing from the Bay and Sacramento areas. With Matt Hevesh on guitar, Alex Severson on the keys, Billy D. Thompson on the drums, and Jace Dorn on bass, each member has a hand in writing and song composition, making The Gold Souls a truly collaborative effort.The Gold Souls burst on the Sacramento music scene in early 2017, and are swiftly becoming one of the most promising new talents in the area.They released a self- titled five song EP in May of 2017 and went on tour down the California coast soon after. Their next single, “Nobody,” was released in late 2017 and was featured on Apple Music Blues’ Hot Tracks list. They released their full length album “Good To Feel” on June 22, 2018.Their latest single, “True Blue” was produced/engineered by multi-Grammy winner Timothy Bloom and was released February 12, 2019. It will be followed by a spring tour to New Orleans and back.