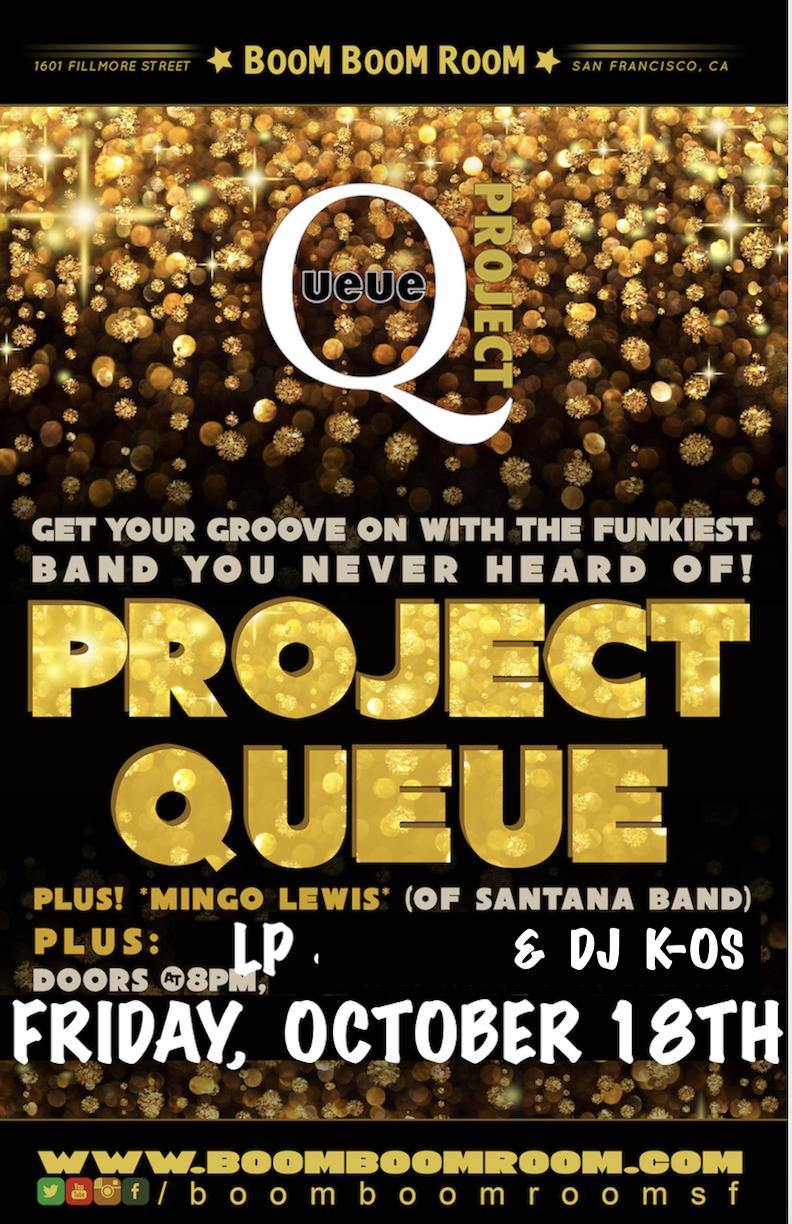 An evening of Funky, Rockin’, Psychedlic, San Francisco Bad-Azz Superstars together for a barn-burning throw-down!

MINGO LEWIS
In a career spanning more than 45 years (so far!), percussionist Mingo Lewis hasplayed with some of music’s greatest names, including Chick Corea (and Return to Forever), AlDiMeola, Santana, and the Tubes. He has performed live and/or recorded with hundreds of musicianssuch as Third World, Miles Davis, Todd Rundgren, and Billy Joel. He has recorded over 100records, many of which were Grammy winners. Mingo’s childhood was saturated with music andmusicians. His father, Jimmy “Babyface” Lewis, was a blues singer and guitarist, well-known at NewYork’s Cotton Club and the Apollo Theater. Jimmy’s closest friends were Miles Davis and TheloniousMonk, and the two would often visit the family. With such musical luminaries surrounding him, itwas inevitable that the boy would begin playing early. He started with brushes on just a snare drumand a cymbal, jamming with his father, who would wake young Mingo up in the middle of the nightto play with him and his friends. Over time, Mingo learned to groove with the masters. Monk, Miles,Max Roach, Art Blakey and countless others were frequent visitors to the house. From age 6 to 12,he was steeped in jazz, funk and soul music. Upon entering junior high school, he became enthralledwith Latin music, quickly becoming involved in the swinging Latin music scene in New York.

LP
The LP “Live Performance” Band is one of San Francisco Bay Area’s most talented groove bands, sharing their musical skills as the “LP Band” for over 10 years… yet their individual talents span over 30 years.  Known for their vivacious sound of Funk, Motown, R&B and original soul, these pro playaz have shared the stage with Tower of Power, Pete Escovedo and a plethora of who’s who in touring greats.