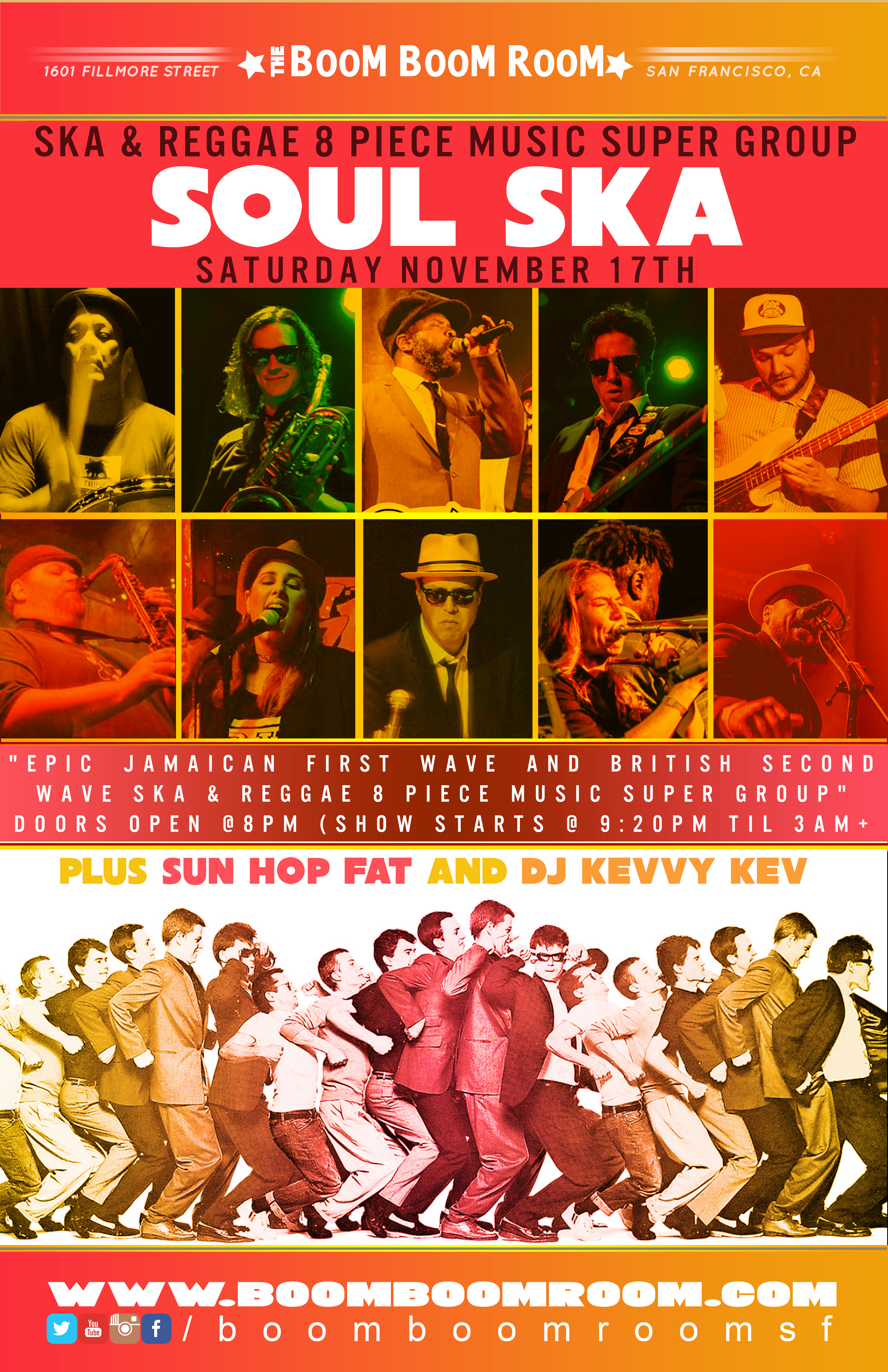 Soul Ska has had the pleasure of supporting such legendary acts as Yellowman,  on Carlos, Capleton, Zulu Spear, Israel Vibrations, Fishbone, Third World and more. Soul Ska supported The English Beat at SF’s Independent recently and bandleader Dave Wakeling called the band “Simply smashing!” A sold-out crowd celebrated the release of their debut album “Propaganda” produced by David Simon Baker and their new music video ‘Mean Curries” (avail on YouTube) was produced by Agent Ogden (Primus).
Soul Ska’s music is avail on Itunes and Spotify and they are active on Facebook, Instagram under – soulskamusic/IG and soulskamusic/FB. Their tour schedule and promo materials are avail on their website at www.soulskamusic.com.

SUN HOP FAT
Pull out your dancing shoes, your shimmering bells, and be prepared to be moved by the eerie sounds of something familiar and yet foreign. The nine piece band, Sun Hop Fat, explores Swinging Addis period Ethiopian jazz with an original and modern sound. Combining saxophones, trumpet, and trombone with a tightly percolating rhythm section, the Oakland based band has the ability to connect to jazz, funk, world, and jam fans of all ages.
Their infectious grooves and dark swells have filled rooms throughout the West Coast and historic Bay Area venues including: The Great American Music Hall, Slim’s, and The Independent. Having already supported Red Baraat, Extra Action Marching Band, Yemen Blues, and Debo Band and having recently had a single from their new album selected by Bandcamp for the Oakland X Compilation, Sun Hop Fat is taking their energetic live show and original music to clubs up and down the west coast as well as the California festival circuit.