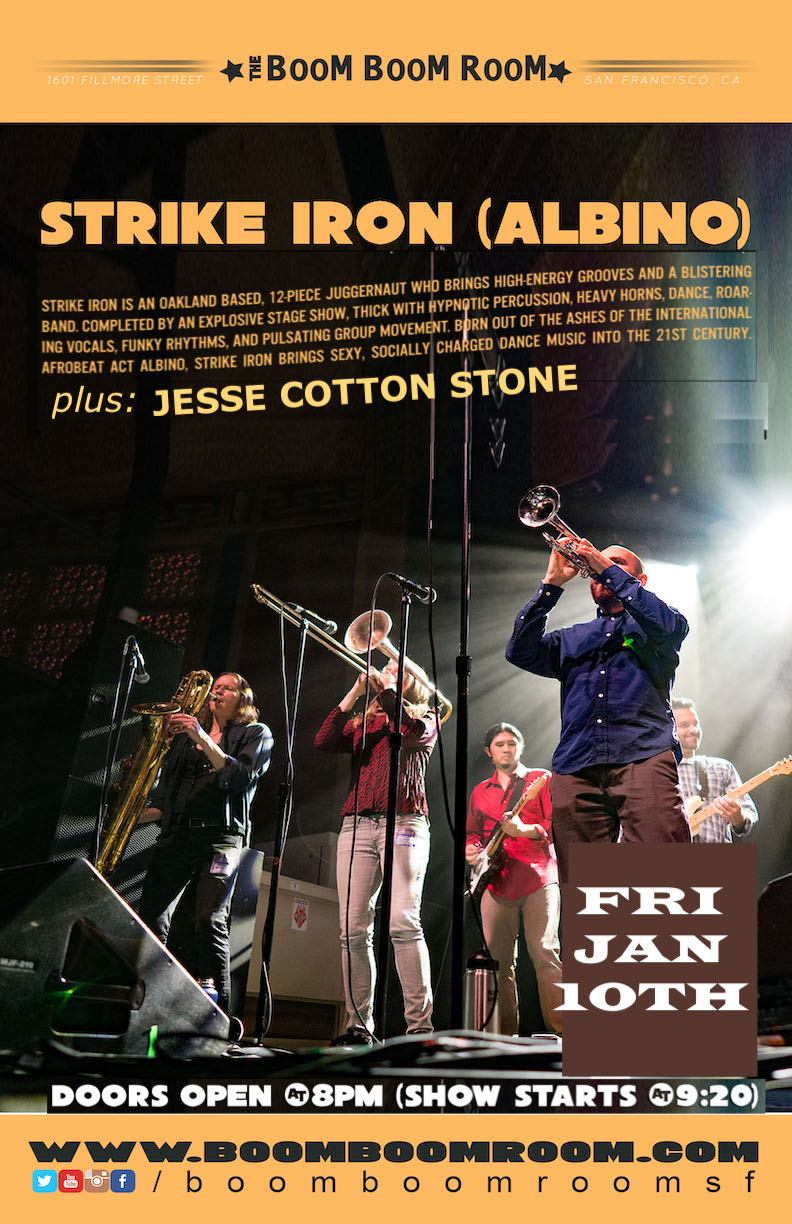 Brace yourself for an impressive one-two-three punch lineup that is sure to satisfy your soul and make you tingle all over.  Witness the 12-piece juggernaut that is StrikeIron, the Bay Area’s premier afro-beat sensation who lays down high-energy grooves thick with hypnotic percussion, heavy horns, African dance, and funky rhythms. Born out of the ashes of the international Afrobeat act Albino, Strike Iron brings sexy, socially charged dance music into the 21st century.

Fronted by multi-instrumentalist, composer and lead vocalist Michael Bello (Phil Lesh and Friends, Ernest Ranglin), and featuring a slew of The Bay’s consummate professionals, Strike Iron is an original dance band unlike any other.

In a word, we describe our music as Bay Area “Grit”.  The music we are creating is heavily inspired by Fela Kuti and Tony Allen’s highly danceable, horn driven, political Afrobeat, adding elements of experimental rock, along the lines of Frank Zappa, odd time signatures reminiscent of Mahavishnu Orchestra, funk fusion inspired by Miles Davis, avant-garde jazz, a la John Coltrane, the tonal colors of Gustav Mahler, the poetry of Gary Snyder, and the visual beauty of Tom Killion’s work.  Mixed together we create a sound that is uniquely born of, and representative of the San Francisco Bay Area.

Jesse Cotton Stone creates a comprehensive scope of the Original American Music, not only by playing his role in keeping the traditions of Blues music alive, but also by contributing to the evolution of this Storytelling Tradition with his own Original Flavor of what he calls “Hell Country Blues”.