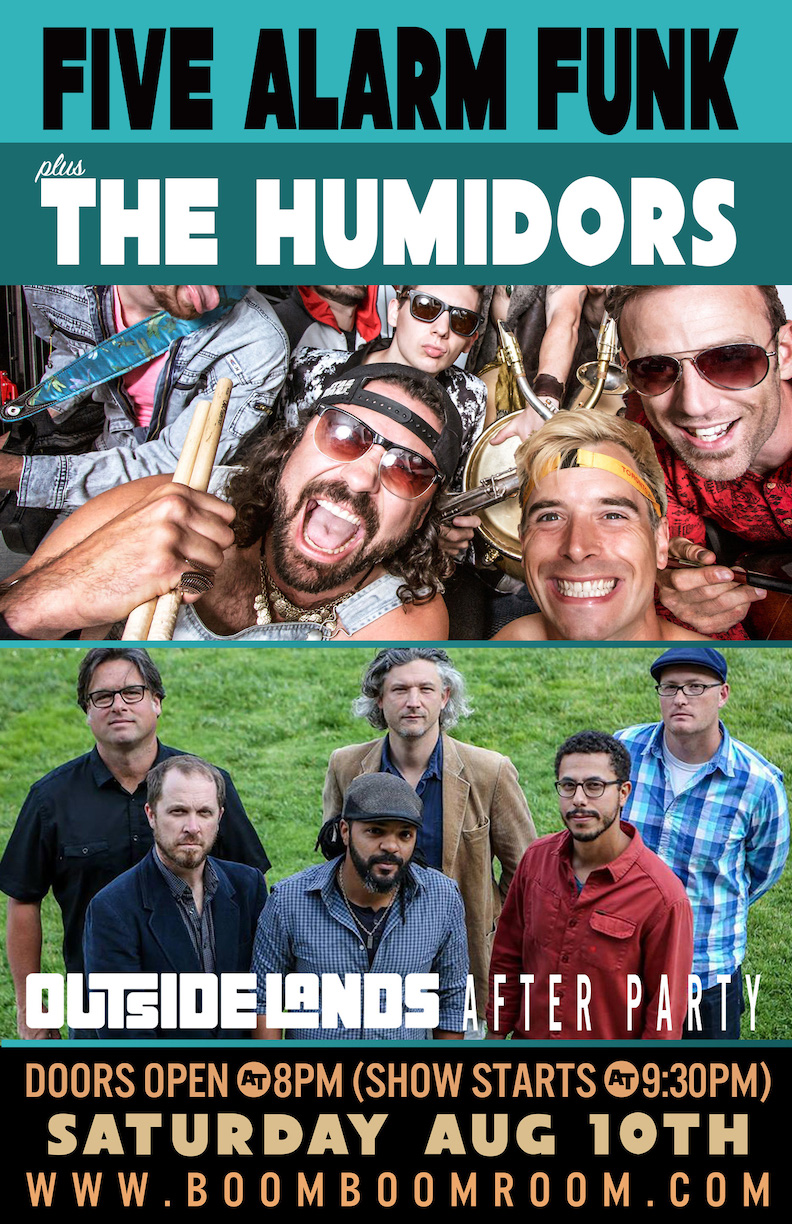 ** Direct from New Orleans to the Boom Boom Room!

An Evening of Barn Burning Cosmic Funk & Soul Music in a Stellar Double Bill from Florida to New Orleans….

The Heavy Pets are a funky-azz rock and roll band from South Florida. Called “a living, breathing force of nature” by Relix magazine, they are known for their songcraft and powerhouse live performances. The band has been a mainstay on the national touring circuit for over a decade, and released its fourth full-length studio album Strawberry Mansion in February 2018.

The Pets are a seasoned live act, playing over 1200 shows across the country since their inception in 2005. The band’s energetic, extended sets have been described as “full blown musical salvation” that embodies the sound of their Florida home, weaving together elements of indie rock, funk and reggae into a style that is uniquely their own.

The group became an instant Sirius radio sensation upon the release of their debut album Whale in 2007. The crossover sound on their self-titled release, named a “Top 10 Album of 2010” by The Huffington Post, propelled them into the periphery of mainstream music. 2011 saw the release of Swim Out Past The Sun, an acoustic affair featuring longtime Jerry Garcia collaborator David Grisman. Beginning in 2013, the band put out a series of three EPs recorded at the legendary Power Station studios.

The Heavy Pets are currently touring in support of their latest release, Strawberry Mansion. Recorded in South Florida over the course of 2019, the self-produced double LP is the culmination of twelve years as a full-time act, presenting the band’s writing and musical versatility in peak form. The album is the truest representation of the sound they have become known for, distilling elements of rock, funk and reggae into a style that is unmistakable.

“… these cats are cutting their own groove, shaking the walls and earning their place among the torchbearers of New Orleans funk.”    -Marc Stone (90.7 WWOZ & Offbeat Magazine)

With soulful grooves and impeccable musicianship, The Soul Project  brings the vibrant spirit of New Orleans everywhere they go.  Crowds can’t help but “let loose” to their energetic and original mix of Funk, Jazz, Soul, Blues, and Gospel.

And after 4 long years of hustling,  the self-proclaimed ambassadors of funk have released “The Long Hustle”, the follow-up album to their 2013 Offbeat Magazine’s  “Best Of The Beat” nominated debut album, “Music For Movers & Shakers.” The release, the first on the Soul Universal Productions label, represents not only the last 4 years of hard work and constant playing, but the complete journey of the Soul Project from its inception in 2001 until the present.  With some retooled tracks [like Celia, Down By The Riverside and What’s the Meter (With You)] that have finally been realized in their intended form, to brand new offerings (What We Got, BedBugs, Spotlight),  compositions from saxophonist David Ludman (Blue Snail) and Jeremy Habegger (Gsus), and the band’s New Orleans-inspired cover of The Beatles’ “Blackbird”,  this album has something for everybody.

Finding inspiration in the music of the masters such as Walter “Wolfman” Washington, the Meters, the Neville Brothers and Galactic, the band has been concocting their own heady brew of funk in the great New Orleans tradition for over a decade. Long-standing residencies on world-renowned Frenchmen Street have enabled the band to hone their unique sound, while festival appearances (French Quarter Festival, Jazz in thePark) and regular tours have allowed them to share their music with a wider audience.

WHAT PEOPLE ARE SAYING…

“Though they proclaim themselves to be funksters, and they are definitely funky, old school New Orleans R&B runs through their music like blood runs through veins.”
– Jay Mazza, The Vinyl District (Feb 23, 2018)

“It’s good to hear a band whose sound hearkens to back in the day but also has a modern touch……makes this band a level higher than most of the other funk bands in New Orleans and across the U.S.”
– David Kunian, Offbeat