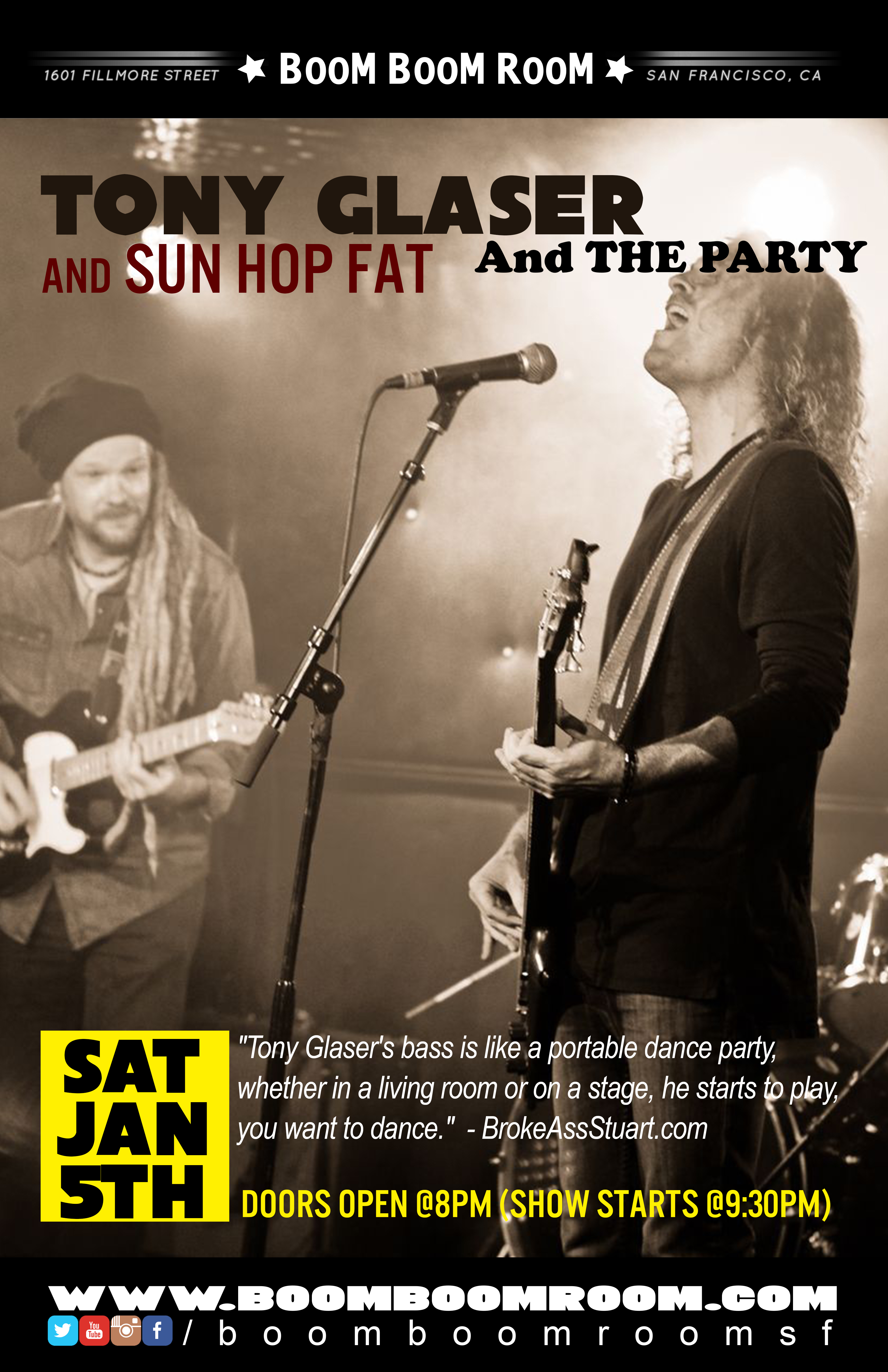 Join us at the BBR for a stellar Co-Bill of Headliner Funk Rockin’  Bands on Saturday Night  featuring:

* TONY GLASER AND THE PARTY *

International touring and recording artist, Tony Glaser, is a funky bass playing, high-energy frontman with an impressive knack for getting the audience to do his bidding. Fortunately, his bidding is dancing, smiling, feeling the moment, singing, rocking out, and sharing a unique experience together. It is hard to stand still at his shows, since they are funky dance parties that totally rock, and rest assured he’ll find a way to engage each and every person in the crowd.

Based out of San Francisco, CA, he has played all over the world. Some highlights include performing for the troops in Iraq, playing for orphans in Bali, getting funky in Tokyo clubs, guerrilla playing the Super Bowl and U.S. Capitol, rocking the upright bass with G.Love, and his band opening up for the Rock & Roll Hall of Famers, Cheap Trick.

Tony Glaser And The Party.

“Tony Glaser’s bass is like a portable dance party, whether in a living room or on a stage, he starts to play, you want to dance.” – BrokeAssStuart.com

* SUN HOP FAT *
For years Sun Hop Fat has been at the forefront of introducing the unique sounds of Ethiopian Jazz. Their music blends the rhythms of traditional American funk and jazz with harmonies and melodies from East Africa. Originally the band focused on covering arrangements from the “golden era” of Ethiopian Jazz, but now their sound includes many original compositions. This all-star band includes standout musicians from other popular San Francisco Bay Area groups.

Sun Hop Fat has developed a solid following throughout Northern California by playing a number of clubs and festivals. The ability of the band to captivate sit down jazz crowds as well as steal the spotlight in prime festival slots, encouraging crowds to get up and dance, makes the group flexible in its appeal and garners support from diverse audiences.