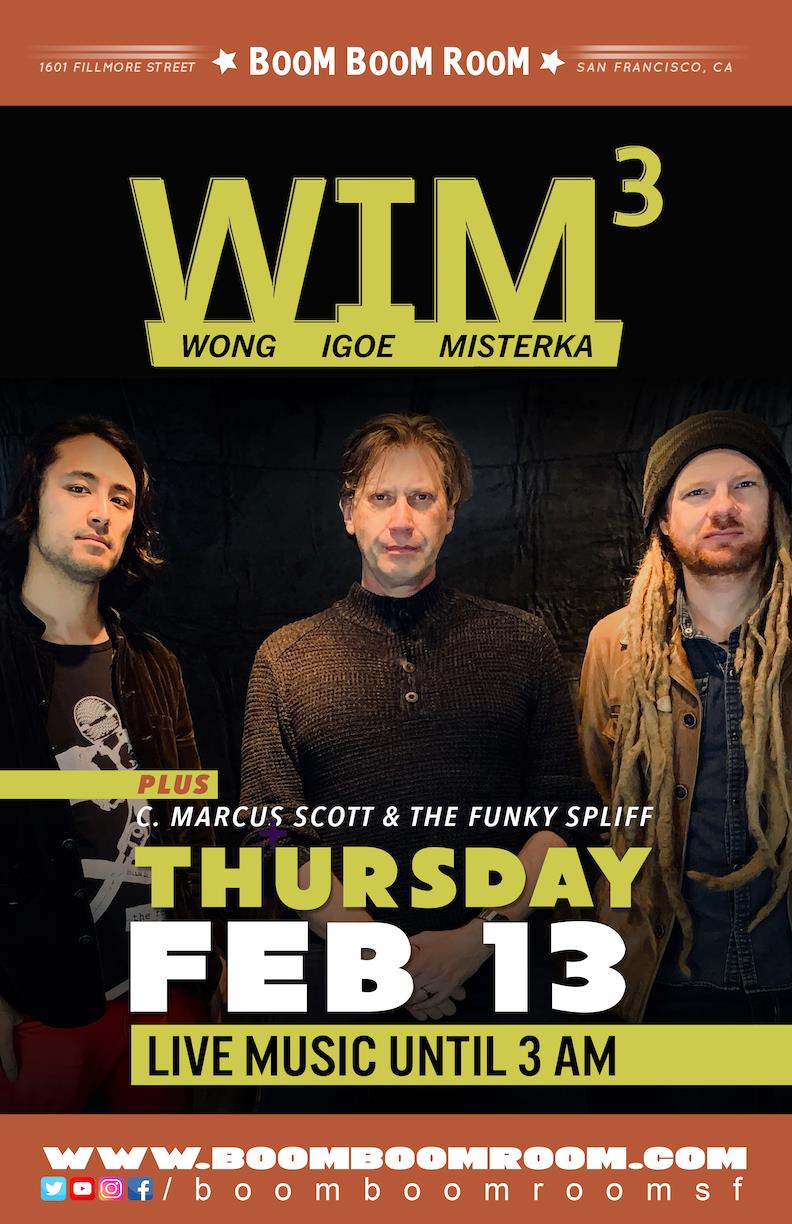 The WIMTRIO Is the result of long-awaited collaboration of three of SanFrancisco’s most explosive and progressive musicians.

The “W” is Kevin Wong. The Mad Scientist of all things Keyboard, with aleft hand independence that defies physical limits.

The “I” is Tommy Igoe. The 3 time Grammy winning drum legend who hasbroken as many rules in performance and education than anyone beforehim.
The “M” is Ben Misterka. The globally renowned Guitar Master who makeshis home in both Shanghai and the USA.

Together, they are WIMTRIO.
The jointly-led instrumental powerhouse that collaboratively composes and arranges all the music it creates. Watchthem closely in 2020 as they release their debut recording and embark on their first worldwide live appearances.
The boundaries of trio music are going to expand exponentially at the Boom Boom Room on February 13th.