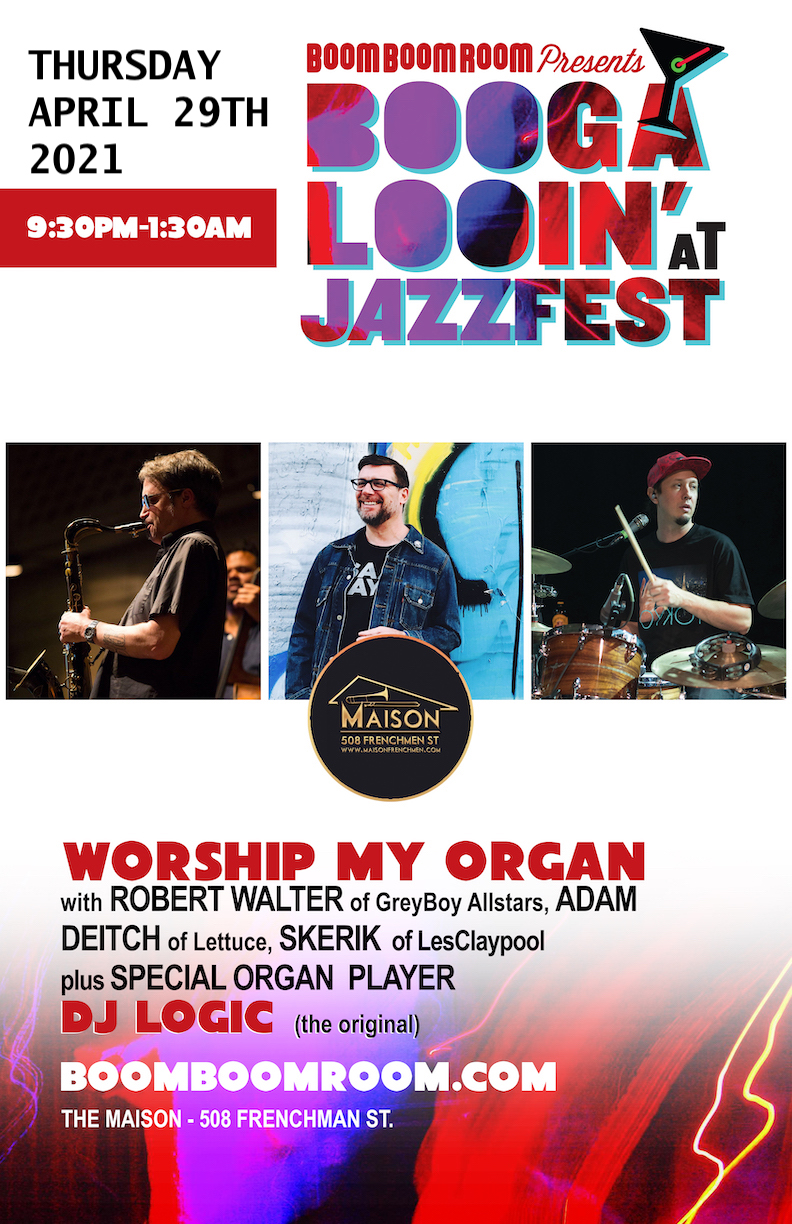 Worship My Organ will be taking place from  9:00 PM til 1:30 AM on the night of Thursday Oct 15th 2020. This show is a JazzFest tradition, ONLY brought to you by the BooM BooM RooM presents, creating an array of sounds, and you can only catch this cast of all star musicians performing together at this very show. This epic show always sells out, so get your tickets NOW!

ADAM DEITCH
Adam David Deitch is an American record producer and drummer based in New York City. He is the drummer for the bands Lettuce and Break Science and has worked in the hip hop, funk, electro, pop, and jazz genres, and has collaborated with rapper Wax and soul/jazz singer Ledisi. He was nominated for the 2010 Grammy Award for Best R&B Album for writing and producing two songs on Ledisi’s album Turn Me Loose as part of the Fyre Dept. production team. Deitch co-founded Royal Family Records and has worked with guitarist John Scofield and rapper 50 Cent.

SHARE THIS SHOW LINK on FACEBOOK
WORSHIP MY ORGAN at The Maison
*** Be sure to follow @boomboomroomsf to join the Facebook event, and find out more details on special guests, ticket contests, and more!